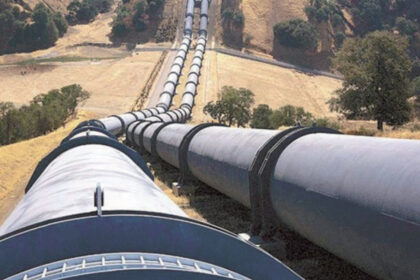 Morocco has extended the period of consultation before choosing a winner for its tender to build LNG floating storage and regazification units as part of a push to bolster the share of gas in its energy mix.

Gas so far represents 10% of electricity production in the country which set the goal of meeting 52% of its energy needs from renewable sources.

Algeria’s intention not to renew the pipeline deal that channels Algerian gas to Spain through Morocco has vindicated Rabat’s plan to further diversify supply sources by setting up its own LNG storage facilities.

But in the short-term, Morocco mulls reversing the flow of gas from Spain to Morocco using the same pipeline, Reuters and Moroccan media reported.

A senior official told Reuters that Morocco could at a first stage order gas and channel it to the two stations that used to be powered by Algerian gas through the pipeline.

Reuters added that Morocco has given permits to importers in anticipation of a non-renewal of the pipeline deal by Algeria.

The Algerian president Tebboune had said in his latest media appearance that his country does not need the pipeline that crosses Morocco but afterwards he added that no official decision has been made yet and that gas will continue to flow till October 31, the date of the deal’s expiry.

The decision is more of concern to Spain where officials are pressing Algeria to maintain the deal.

Spain depends for about 60% of its gas on Algeria. But by taking such a self-harming decision, Algeria is rather projecting an image of an unstable and unreliable energy supplier to the European market where competition is fierce.

Since 2019, Algeria’s gas consumption volumes are nearly two-fold its exports. That same year, Algeria exported 25.2 Toe of gas and consumed locally 43.6 Toe, according to an internal Sonatrach report cited by some dissident media.

The report was not released and Algerian officials turn a blind eye to the inevitable scenario of Algeria running out of gas for exports.

Algeria’s energy minister Abdelmedjid Attar has however warned that the country will have to give priority starting from 2025 to supplying the local gas market, hinting without saying it to the demise of Algeria’s gas export capabilities.

Algeria has maintained a pipeline that runs through the Mediterranean to Spain but failed to give guarantees that it will be a reliable gas supplier to its Spanish client.