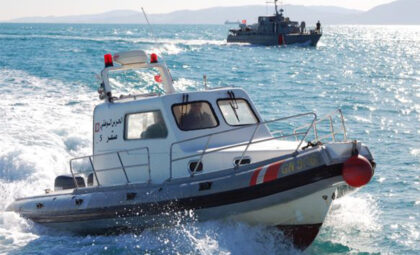 A naval security unit posted at Monastir, central coast of Tunisia and 162 kilometers south of Tunis, seized seven engines, 3 boats, and a quantity of fuel. They also arrested the occupants among whom seven Tunisians from the coastal city and dozens of nationals from Sub Saharan countries.

In a separate report, another boat carrying 31 people capsized near Al-Baghdadi beach, also in the Monastir governorate. Seven people were saved from the waters while 22 went missing.

The boat was crossing the sea towards Italian coasts. Tunisians make up the largest chunk of migrants reaching Italy.