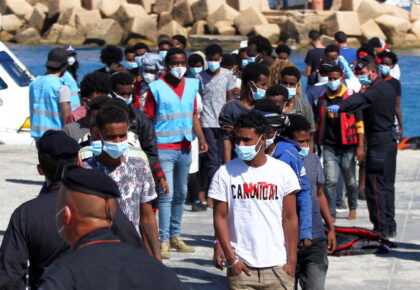 Italy Thursday expressed concerns for the possibility of new waves of migrants flooding its shores from Libya, if elections scheduled on December 24 in the North African country are not held, Libya Observer reports.

Luigi Di Maio, the top Italian diplomat raised the issue during a meeting with his American counterpart, Antony Blinken, at a security meeting in Bordeaux, France, the Libyan media notes.

The Italian foreign minister also expressed fears of a new round of violence in Libya that might generate a fresh wave of uncontrolled migration flows, which “Italy cannot bear.”

Italy is the main destination of hundreds of boats filled with migrants who leave Libya’s poorly secured boarders.

More than 700 people trying to cross the Mediterranean in makeshift vessels were picked up early this month. As of October 03, Italian authorities reported 46,850 arrivals from Libyan and Malta coast, since the beginning of year, the UN Refugee Agency notes.