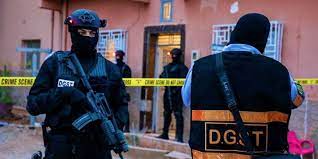 Moroccan police announced on Wednesday the dismantling in the Northern city of Tangier of a jihadist cell that was planning to carry out terrorist attacks using explosives.

The five members of the cell, aged between 22 and 28, were arrested. In preparation for their criminal attacks, they acquired several products used in the manufacturing of homemade explosive devices, according to a press release issued by the Central Bureau of Judiciary Investigations, Morocco’s FBI.

The search carried out in their homes led to the seizure of several bottles containing nitric acid and suspicious chemical liquids, as well as nails, electrical wires and six gas cylinders.

The preliminary investigation showed that the emir of this terrorist cell contacted top leaders of the Islamic State terrorist organization in the Sahel-Saharan region.

In September, a seven-member terrorist cell linked to ISIS was busted in southern Morocco.

Since 2002, Moroccan police have dismantled more than 2,000 terrorist cells and captured more than 3,400 people in terrorism-related cases.