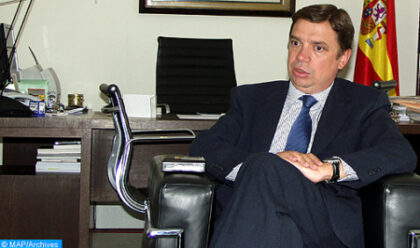 has pleaded for defending the fisheries agreement between Morocco and the European Union, saying the deal is a “priority” for Spain.

The Spanish official made the remarks following the decision of the EU Court of Justice on the Morocco-EU farm & fisheries deals.

“The fisheries agreement is a priority for Spain, because of its importance for the fishermen of our country, especially for the fleets of Andalusia, the Canary Islands and Galicia,” Planas said Tuesday before the Spanish Senate.

Spain has 93 licenses of the 138 available in the EU, under different terms, he recalled, emphasizing the importance of the agreement for the future of partnership relations between Morocco and the EU.

The preservation of the agreement will continue to strengthen bilateral relations with Morocco, noted the Spanish minister.

He urged his government to defend the interests of Spanish fishermen who operate in the Moroccan fishing areas.

“Today, we are working together to take all necessary measures to defend our interests”, within the framework of the EU-Morocco cooperation, which must be maintained from a strategic point of view, because it benefits both parties”, Planas insisted.

The Spanish official had last week said that the European Court’s decision “does not question” relations of cooperation between Morocco, Spain, and the EU.

“For me and the Spanish government, this decision does not question our relations with our strategic partner, Morocco, nor the friendship and cooperation that bind the two countries,” Luis Planas had said following a meeting of the Agricultural Advisory Committee.

“We have always defended the advanced status of Morocco within the EU and we will continue to do so because Morocco is a strategic partner for us,” the Spanish minister added.