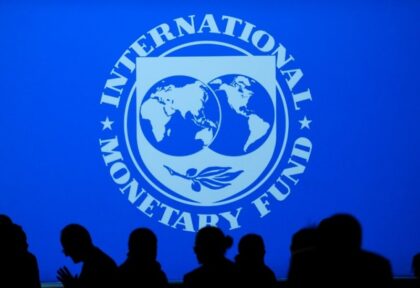 The International Monetary Fund (IMF) has painted a grim picture of the Algerian economy which has been weakened by the macroeconomic imbalances exacerbated by the Covid-19 pandemic and needs urgent structural reforms to maintain stability.

“The coronavirus pandemic and concomitant decline in oil production and prices have seriously impacted the economy last year, leading to a sharp contraction in real GDP of 4.9 pc in 2020”, said the IMF in a press release issued Monday following a visit to Algeria.

“The pandemic has further exposed the vulnerabilities of the Algerian economy. Long-standing macroeconomic imbalances have left policymakers with significantly reduced policy space”, affirmed the IMF experts.

“The expansionary fiscal policy pursued for the past several years has contributed to elevated external current account deficits, despite import compression policies and has given rise to large financing needs which were largely met through the central bank”, underlined the IMF.

“There is urgent need for a recalibration of economic policies to address macroeconomic imbalances, while protecting and enhancing support to the most vulnerable”, added the international financial institution.

It calls for fundamental reforms to strengthen the transparency and the governance of legal, fiscal, and monetary institutions across the public sector and reduce barriers to entry into the formal sector.

Algeria’s annual average inflation accelerated to 4.1 percent in June 2021 as a result of higher international food prices combined with an episode of drought, while growth will likely remain subdued, in the medium term, due to constraints on hydrocarbons production, investment cuts decided in 2020, and current policies that would limit credit to the private sector.