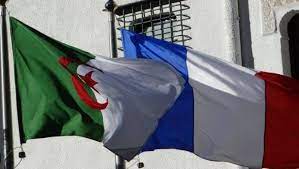 Algeria has recalled its ambassador to Paris Saturday, after French daily Le Monde published remarks made by President Emmanuel Macron that were deemed destabilizing for the Algerian regime.

“Algeria is recalling its ambassador (Mohamed Antar-Daoud) to Paris for consultations and a statement on the matter will be broadcast on the subject,” public television said, showing on the screen a short text in Arabic from the Algerian presidency.

The Algerian media widely relayed on Saturday Le Monde’s article stating that President Emmanuel Macron underlined that after its independence in 1962, Algeria was built on “a memory rent”, maintained by “the politico-military system.”

President Macron, who made the remarks while receiving on Sept.30 descendants of protagonists of the Algerian war, including offspring of Harkis also spoke of “a completely rewritten official history which is not based on truths” and which is, according to him, constructed on “a speech of hatred of France.”

He also affirmed that “the Algerian system is tired, and that the Hirak has weakened it”. The Hirak is the pro-democracy movement, at the origin of the resignation in 2019 of President Abdelaziz Bouteflika, who passed away recently.

To a young girl who grew up in Algiers, President Macron replied that he did not think that there was a “hatred” against France “of Algerian society in its depths but of the politico-military system that was built on this memorial rent.”

Regarding Algerian President Tebboune, the French head of state said candidly “he is caught in a system which is very harsh.”

The generals’ troubles are not yet over. President Macron has hit the nail on their head when he wondered: “Was there an Algerian nation before the French colonization? That’s the question.”

He recalled in this context the “previous colonizations” of the region by the Ottoman empire. Apart from Morocco which was itself an empire, the Ottoman Empire dominated North Africa from the 16th to the 18th century, organizing it into three provinces: Algiers, Tunis and Tripoli.

This is the second time that Algiers has summoned its ambassador to Paris since May 2020 when the then ambassador, Salah Lebdioui, was the subject of an “immediate” recall after the broadcast of a documentary on the Hirak, aired on France 5 and the parliamentary channel.

At a time relations between Paris and Algiers are already strained, President Macron’s destabilizing remarks are plunging the ruling junta in consternation.