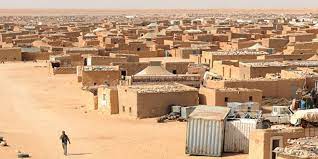 Several international NGOs have decried in Geneva the crimes and the serious human violations committed by the polisario militias in the Tindouf camps, saying the Algerian regime is responsible for these crimes as they are perpetrated on Algerian territory.

Addressing remotely the 48th session of the UN Human Rights Council (UNHRC), NGO “Africa Culture International Human Rights”, with a UN “ECOSOC” Consultative Status, has voiced deep concern over the ill-treatment, torture and human rights violations suffered by the Sahrawi population held against its will in the polisario-controlled camps in Tindouf, Southern Algeria.

In his statement, head of “Africa Culture International Human Rights”, Dianko Lamine, denounced the abuses and impunity of the Polisario leaders who send children by force to receive military training.

Recruiting and using children under the age of 15 as soldiers is prohibited under international humanitarian law and is defined as a war crime by the International Criminal Court, he said.

“We are outraged by the polisario violation of international human rights and humanitarian law, by enlisting children, aged 12 and 13. In doing so, they deprive them of their childhood and their most essential rights,” he added, calling on the international community to act to end the sufferings of the population trapped in the Tindouf camps.

For his part, Naji Moulay Lahsen, leader of “Network unity for the development of Mauritania”, focused in his presentation on the ordeal endured by the population of these camps for decades.

“This population is deprived of its fundamental rights to live in dignity, let down by the international community, abandoned to its fate and is exploited (…) to serve the agenda of the Algerian regime”, he added.

The Swiss NGO “Promotion of economic & social development” said it follow with great concern the current situation prevailing in the Tindouf camps, deploring “the continued deterioration of the situation of human rights and freedoms due to the siege imposed by the polisario armed militias.