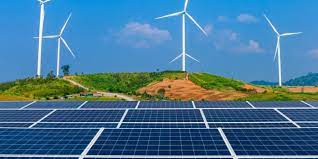 A 10.5 GW solar and wind power plant will be built in the Guelmim-Oued Noun region to supply the UK with clean energy via a 3,800 km long submarine cable, scheduled to be laid in 2025.

The project, to be developed by the British company Xlinks, provides for the building of an energy complex with a capacity of 10.5 GW in Morocco and to connect it to the United Kingdom by an HVDC (High Voltage Direct Current) 3,800 km-long submarine cable.

Xlinks has already presented the British government with the components of the 3,800 km submarine electric cable construction project that will link Morocco and the United Kingdom, reports The Edge Markets. The overall cost of the project is £16 billion ($21.9 billion). The British company will build a 10.5 GW (7 GW for solar, and 3.5 GW for wind) power plant in Morocco. The transmission cable will consist of four cables. The first cable will be active in early 2027, while the rest are expected to launch in 2029.

This energy will be sold to the UK through the High Voltage Direct Current (HVDC) transmission cable, which will connect Morocco to several sites in Wales and Devon, UK.

Xlinks sets the average cost of a megawatt hour at £48, or just over half the price agreed by the government for the Hinkley Point C nuclear power plant. “The energy comes from a region in Morocco that has completely different weather conditions and is uncorrelated, so it provides enormous amounts of resilience to the UK energy system,” said Simon Morrish, Founder and CEO of Xlinks, adding that it could power seven million UK homes.

“The Xlinks Morocco / UK power project will be a new power generation facility entirely powered by solar and wind power combined with a battery storage facility. Located in the renewable energy-rich Moroccan region of Guelmim Oued Noun, it will cover an area of approximately 1,500 km ² and will be connected exclusively to Great Britain via the 3,800 km HVDC submarine cables,” the company said in a press release.