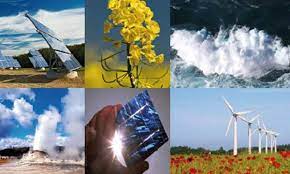 Morocco’s inventive policy for a modern, sustainable and reliable energy and its irreversible choices in terms of energy transition were highlighted at the High-level Dialogue on Energy held Friday by videoconference on the sidelines of the 76th Session of the United Nations General Assembly.

Addressing the gathering, Foreign Minister Nasser Bourita pointed out that Morocco, under the leadership of King Mohammed VI, has always been inventive in tackling the issue of energy and opted for renewable energies, combining economic development and environmental protection”.

The Kingdom has made great strides towards modern, sustainable and reliable energy; an affordable energy that is in line with the Sustainable Development Goals”, Bourita said, renewing Morocco’s commitment to support sustainable development in Africa, and to share its know-how with African states.

He noted that Morocco, between the need to reconcile the growing need for energy and the imperative to reduce pollution, has chosen the path of renewable energies “that which combines economic development and environmental protection”.

Bourita explained, in this regard, that the Kingdom has adopted numerous public policies, which led to large-scale projects: the Solar Plan, the Wind Plan and the continuation of the Dams Policy, which is intended to contribute to the production of hydroelectric power.

The minister stressed that the selection of Morocco as Global Champion for the UN High-level Dialogue on Energy on the theme “Innovation, technology and data” is a recognition of the Kingdom’s leadership in the sector of renewable energies. This choice “reinforces our commitment and maintains our mobilization,” he said.

“Thus, Morocco has worked, alongside the United Nations and other Champion countries, to conduct international advocacy, raise awareness and accelerate the transition and sustainable energy solutions”, he said, adding that Morocco itself has redoubled its ambition by setting the objective of exceeding 52% of renewable sources, in the national electricity mix by 2030 and by increasing its Nationally Determined Contributions, raising ambition to a 45.5% by 2030.

Bourita also underlined that Morocco seeks to achieve, through a Low Carbon Strategy, an energy saving of around 20% by 2030, noting that the ambition is, also, to become a key player in the production of green hydrogen, increase the share of Biomass in the electricity mix and ensure a successful transition to energy industrialization.

Morocco’s choices in terms of energy transition are irreversible and find their extension in Africa, as the Kingdom is strongly attached to supporting transitions to clean energy in brotherly African countries.

“Our commitment is to support sustainable development in Africa, access to energy, resource development and capacity building”, he insisted, recalling that Morocco launched in partnership with Ethiopia, the “Coalition for Sustainable Energy Access”.

The minister observed that universal access to clean, sustainable and affordable energy poses several challenges, everywhere in the world.

In this regard, he underlined the need to catalyze international cooperation and collaboration, to accelerate the pace of development and transfer of clean technologies and to mobilize innovative financing means.

Morocco, with its tradition of sharing know-how, will continue its dynamic of regional and continental cooperation, while maintaining its firm commitment to a solidarity-based development model that preserves the environment, Bourita said.