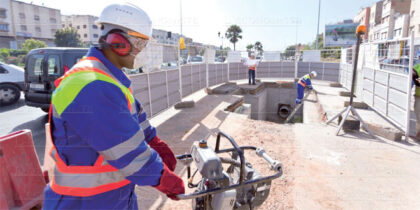 Morocco will launch public utilities in every region to bring sewage management as well as electricity and water distribution under a single umbrella, local media reported.

Under this reform, every region shall have its own utility to manage sewage along with water and electricity distribution as part of a push to promote advanced regionalization, Morocco’s l’economiste and medias24 reported.

The reform was agreed between the interior ministry, the energy ministry and the national water and electricity utility ONEE.

Companies, known as regional multi-services companies (SRM), will start operating as of January 2022 in the four regions of Casablanca, Agadir, Guelmim, and Marrakech.

The rationale for this reform is to bring under the same umbrella the three services to help generalize them, cut costs and improve efficiency.

The reform means the ONEE will no longer be responsible for the distribution of water and electricity. Contracts with foreign utilities, Redal, Lydec and Amedis will remain in place until their expiry but there will be no renewal.

Medias24, citing a senior interior ministry official, said the staff of private utilities will be hired in the newly created regional companies.

Lydec said in a statement it looks forward to establishing a new partnership with relevant authorities beyond 2027.