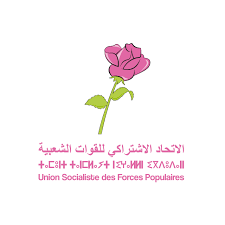 The Socialist Union of Popular Forces (USFP), which gained 34 of the 395-seat parliament in the elections held Sept.8 in Morocco, has decided to join the parliamentary opposition.

The decision was announced Tuesday by the party’s political bureau without giving explanations as the USFP first secretary, Driss Lachgar, has voiced readiness of his political formation to participate in the new Moroccan cabinet line-up to be unveiled shortly.

Following the outstanding victory of the National Rally of Independents (RNI) in the elections of Sept.8, King Mohammed VI appointed Aziz Akhannouch, chief of this liberal party, as Head of Government and tasked him with forming a new government.

According to the Moroccan Constitution, the Head of Govt. is chosen by the Monarch from the party that won the most seats in parliament, who will then form a cabinet and submit it for the Monarch’s approval.

In the general elections held Sep.8, the RNI took the lead, winning
102 seats in the Parliament. The Authenticity & Modernity party (PAM)
ranked 2nd with 87 seats, followed by Al Istiqlal party (81), while the USFP finished 4th with 34 seats.

The PJD, a moderate Islamist party which headed the government coalition for a decade, suffered a major defeat, taking only 13 seats in the Parliament.

According to press reports, it is most likely that the biggest winners: RNI, PAM and Istiqlal will be included the next government. So far, the PJD and USFP have decided to join the opposition bench.