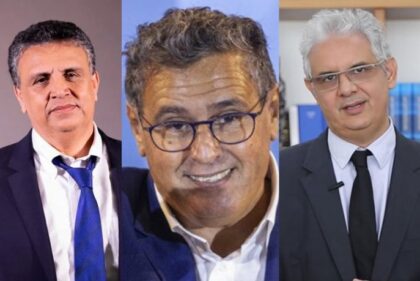 The three biggest winners of Morocco’s general and local elections said they forged an alliance in local and regional councils in a move that could draw the contours of the next government alliance.

Talks have started this week after King Mohammed VI appointed head of the RNI Aziz Akhannouch as Head of the government and tasked him with forming a new government.

A coalition between the three parties will enable Akhannouch to have a comfortable majority of 270 members within the parliament. He only needs 198 seats to form a majority.

Such a tight coalition will definitely result in a concise government with fewer ministers and help avoid the creation of unnecessary portfolios to accommodate for new allies.

The leftist USFP leader Idris Lachgar has officially asked to join the government but failed to convince Istiqlal for an alliance to either join or leave the government together.

Akhannouch said the new governmental coalition will be revealed next week though analysts believe that the allocation of portfolios will take longer.