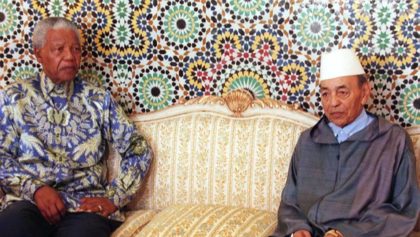 Morocco has renewed its call on South Africa to cooperate together in order to serve the continent’s best interests.

The two countries have the most diversified economies in the continent and an advanced infrastructure that enable them to extend their clout beyond their borders. They are also the two largest African investors in the continent.

“Morocco believes that working together, in a sound and well-balanced manner, will empower Africa in the international arena. Morocco has been calling for more effective solidarity, co-operation and co-ordination in Africa, to enable our continent to be more resilient and well-prepared for contingencies and emergencies,” Moroccan Foreign Minister Nasser Bourita said in an interview with South African paper The Star.

Bourita highlighted Morocco’s firm belief in south-south cooperation, citing the Kingdom’s solidarity and assistance for 25 countries at the height of the Covid-19 pandemic.

He recalled that Morocco undertook sustained efforts to bolster ties with African peers even before returning to the African union in 2017, a defining moment that helped Morocco further contribute to resolving the continent’s pressing issues.

Morocco is “a major donor to the AU Peace Fund, and promotes the financial sustainability of the AU,” he said.

He also highlighted Morocco’s firm commitment to supporting peace and stability efforts in the continent.

“Morocco’s contribution to conflict resolution in the continent is one which seeks to reconcile the different parties to a particular armed conflict, and steer clear as swiftly and convincingly as possible from arms. Without dialogue, lasting peace cannot be achieved. This is what we have sought to do with regards to the some of the continent’s conflicts,” he said.

Bourita also called on South African officials to look at history when Morocco hosted and supported Nelson Mandela and urged Pretoria to cease its position of “adversity” concerning the Sahara issue.

He showed the growing support for Morocco’s position on the conflict, mentioning in particular that “fifty countries from all continents have expressed unequivocal support for the Moroccan Initiative for Autonomy in the Sahara. Twenty-five countries from Africa, Asia and the Americas have opened consulates in the two main cities of the Moroccan Sahara, Laayoune and Dakhla.”