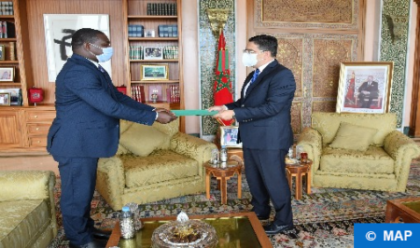 The diplomat presented his consular documents to Minister of Foreign Affairs Nasser Bourita at a meeting Tuesday in Rabat.

In a statement to the press, Ndagimana said he would take his duties as Consul General in Laayoune by Friday.

Burundi inaugurated its Consulate General in Laayoune, on February 28, 2020, in the presence of its Minister of Foreign Affairs, Ezechiel Nibigira, and Nasser Bourita.

So far, some 25 countries have set up consular representations in the Saharan cities of Dakhla and Laayoune, translating thus their concrete support to Morocco’s sovereignty over its Sahara provinces. Siera Leone was the latest country to inaugurate its consulate in Dakhla some ten days ago.