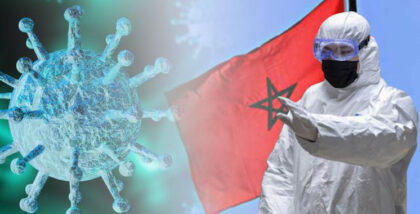 The general elections in Morocco, which for the first time bring together legislative, regional and local elections, will be held on the scheduled date, despite the constraints linked to the Covid-19 pandemic.

The Moroccan voters will head to the polling stations this Wednesday Sept. 8 to cast their votes and elect those who will represent them at the Parliament as well as at the regional and local councils serenely as Morocco succeeded in the management of the health crisis.

All news outlets and analysts who commented on the 2021 elections in Morocco have unanimously described the country’s handling of the health crisis as impressive and consider the Kingdom as the country that has best resisted the COVID-19 pandemic, facts that enable it to hold the polls on schedule.

The decisions made by Morocco, at the directives of King Mohammed VI, since the outbreak of the pandemic, propelled the country among the best managers of the crisis and the best performers in terms of vaccination.

In this vein, 24matins.fr points out that Morocco is “ranking at the top of the African podium in terms of vaccination – more than 60% of its target population to date has received at least one dose – and having succeeded in mobilizing considerable resources for its economic recovery over the past two years, while deploying a giant safety net for the most vulnerable populations.”

As much of Europe continues to debate the need to vaccinate children against Covid-19, Morocco on September 1 opened up its inoculation program to all those aged 12 or above, further highlighting its vaccination campaign as the most successful in Africa.

“Morocco has already fully jabbed almost 43 per cent of its 36 million people, a remarkable achievement given that no other country on the African continent has yet reached the 20 per cent threshold, wrote on its part the London-based news platform “Emerging Europe”. It noted that the next-best performer in the region is Tunisia, where just 18.6 per cent of the population is fully vaccinated.

While around 13,000 people have sadly died with the coronavirus in the country since the pandemic began, Morocco’s per capita death rate – of just over 35 per 100,000 people – is one of the lowest in the world, the news outlet said, recalling that only one member of the European Union, Finland, can boast a lower rate.

Several international institutions, including the World Health Organization and the World Bank, had also praised Morocco for its quick and sound response to the crisis, at the economic, social and health levels and for the anticipation and leadership of its King.

Morocco’s sound decisions and steady march towards progress makes it almost trivial to debate which of the 34 contending parties will win the legislative elections and lead the government for the coming five years. Whatever the outcome of Wednesday polls, the march shall continue.