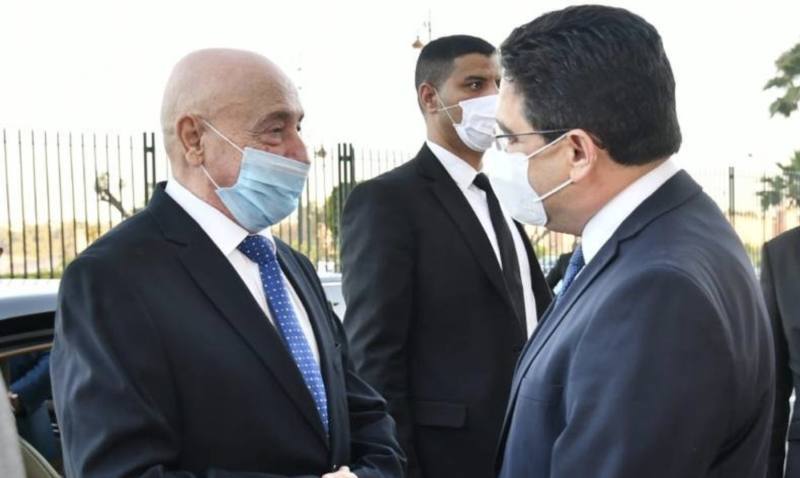 Aguila Saleh, Abdullah Allafi in Rabat to advance the final settlement of the Libyan crisis 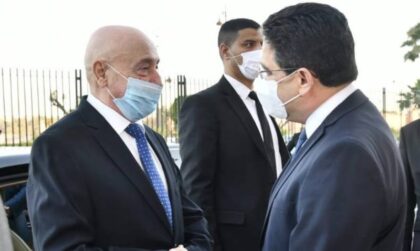 The Speaker of the Libyan House of Representatives, Aguila Saleh, is expected in Rabat this Thursday on a two-day official visit for consultations with Moroccan officials on the evolution of the Libyan crisis and to coordinate the means likely to enable Libya to overcome the obstacles to the elections scheduled for December 24, 2021 in accordance with the UN roadmap.

The Speaker of the Libyan Parliament will also confer with the Vice-President of the Libyan Presidential Council, Abdullah Allafi under the aegis of Moroccan authorities, that are continuing the inter-Libyan dialogue facilitation.

The talks between Aguila Saleh and Allafi, who is visiting Morocco for the second time in less than a month, will focus on the necessary modalities for the management of the current transition phase and to guarantee a peaceful transition of Libya to a stable phase, through providing the necessary guarantees for the holding of transparent elections, so that the results of the polls be respected by all Libyan parties.

This meeting will also be an opportunity for the senior Libyan officials to discuss a way out to the current deadlock in relations between the legislative power and the executive authority.

Part of the steps taken by Rabat to crystallize a common Libyan vision for the management of the Libyan crisis, the Speaker of the House of Representatives is expected to meet a group of Libyan officials and political actors present in Morocco.

Morocco hosted in 2020 and early 2021 several rounds of inter-Libyan dialogue to move forward the reconciliation process in the North African country, beset by conflict since 2011.