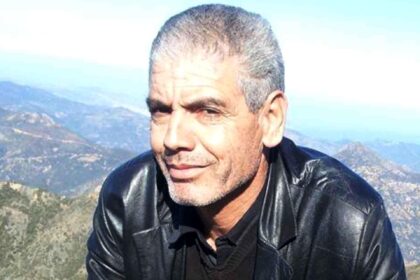 Slimane Bouhafs, who had been living in Tunisia since August 2018 under the protection of United Nations High Commissioner for Refugees (UNHCR), is reportedly held in custody in the Algerian capital, Algiers, following his kidnapping on August 25 reportedly by three people aboard a van using a foreign number plate.

Several Tunisian human rights groups have slammed the extradition. A complaint lodged by the UNCHR demanding an investigation into the political activist’s disappearance, has vanished, Algerian online media lavantgarde-algerie notes.

According to the media, Tunisian police removed the UNHCR complaint and testimonies collected on the Algerian refugee’s kidnapping and disappearance in Tunisia.

“The Tunisian police have completely denied having learned of the existence of a disappearance or kidnapping of a man named Slimane Bouhafs, a political refugee in Tunisia. Ditto for the complaint lodged by the UNHCR and the testimonies attesting to his kidnapping in Tunis on August 25,” sources told the online media.

A political refugee is protected by the Geneva Convention and the UNHCR and must not be extradited to his country of origin, where he risks being harmed in his physical and moral integrity.

Bouhafs’s arrest occurred few days after Nabil Karoui was arrested in the Algerian border city of Tébessa alongside four other people including his brother and lawmaker Ghazi Karoui for “entering Algeria illegally.”

The leader of Heart of Tunisia party and owner of Nessma television had been unaccounted for since July 25 when incumbent Tunisian leader seized the executive power and froze the activities of the parliament while suspending immunity of lawmakers using article 80 of the constitution.

The two Karoui brothers had been in the past sued for corruption and money laundering, allegedly through shell companies in Luxemburg and Algeria. Nabil was released from prison in June after spending months in preventive detention in connection with corruption charges.

Both Algeria and Tunisia have reportedly signed a prisoner swap agreement.