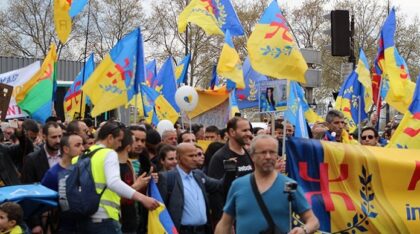 Morocco made Algeria experience the painful taste of supporting separatism in Morocco’s Sahara, reiterating that it should give self-determination to the Kabyle people before defending that principle elsewhere.

Speaking at a UN event in St Dominican Republic, Ambassador Omar Hilale said that colonization ended in the Sahara region after Morocco retrieved the territory from Spain, blaming Algeria for perpetuating the conflict by arming the polisario separatist militias.

“The Kabyle People, who existed long before the creation of the Algerian state, also has the right to self-determination. Why does Algeria deny them what it requires for the Moroccans of the Sahara, going so far as to impose on the Kingdom a conflict for 45 years, by a separatist armed group? And why don’t the representatives of the Kabyle People have the right to be present in this meeting of the C24? They also have the right to express themselves freely on their future,” said Ambassador Hilale in response to a diatribe from his Algerian peer in which he supported the Polisario separatists.

“Self-determination is a universal and UN principle, which must not suffer any selectivity and must benefit all populations, especially those under occupation for decades,” he said adding, in this context, that “Algeria which boasts, on all occasions, to claim it with monomania for the Moroccan Sahara, forgets that there are populations in its own country that claim to be able to benefit from this same right to self-determination.”

The Moroccan ambassador recalled that self-determination is a voluntary act of citizenship in the Moroccan Sahara where voter turnout is usually the highest in Morocco compared to only 0.1% in Kabylie as recorded during the last presidential elections.

Algeria has cut diplomatic relations with Morocco in an attempt to export its own home-grown crises.

Morocco said the pretexts used by Algeria were unjustified, fallacious and even absurd.