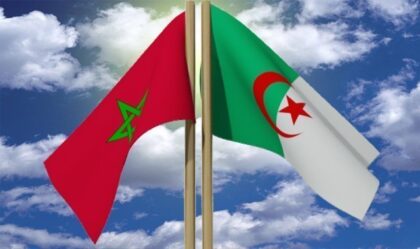 Djibouti and the Union of the Comors have joined the growing list of countries that have deplored Algeria’s decision to cut diplomatic relations with Morocco.

Djibouti on Sunday expressed its “deep regret” over Algeria’s decision and called for settling the dispute through diplomatic channels.

Djibouti’s foreign Ministry underlined in a statement that the “Republic of Djibouti expresses its deep regret” following the breaking of diplomatic relations between Algeria and of Morocco, “two brotherly countries”.

Djibouti “calls for making dialogue prevail and for ending the dispute through diplomatic channels so that relations are back to normal and in order to strengthen peace, stability and prosperity in the region and serve joint Arab action”, the ministry pointed out.

Djibouti reaffirmed its will “to strengthen joint Arab action, to preserve unity and to bridge the gap between brothers.”

The Union of the Comoros also deplored Algeria’s decision to sever diplomatic relations with Morocco, expressing concern over this situation which can only weaken peace and stability between two neighboring countries.

Morocco’s foreign ministry deplored the Algerian decision which it described as “unjustified” and based on “fallacious” and “absurd” pretexts.