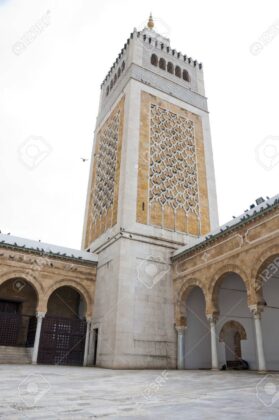 The Tunisian ministry of Religious affairs has summoned a cleric who allegedly called during the Friday sermon President Kais Saied putschist in reference to his seizure of the executive power and suspension of the parliament since July 25.

The preacher who has not been identified, was summoned after several civil society activists alerted the ministry over the alleged remark.

The ministry will verbalize the cleric and might launch a lawsuit against him, if the allegations are true, for using a religious venue for political game.

Tunisia has reached a pivotal point in its march towards democracy. Saied’s move that critics have branded a coup sets the country on an unpredictable future.

The 30-day exceptional period are coming to an end without any clear horizon. Saied has promised to name a new Prime Minister after he sacked Hichem Mechichi.

Critics have also laid into the President for unwarranted measures including travel bans and arrest warrants issued against certain individuals including lawmakers.