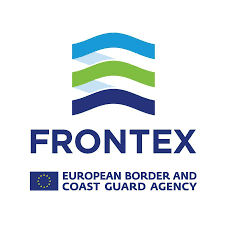 The EU’s border control agency FRONTEX said Morocco is a “reliable and solid” partner in the fight against illegal migration, the EU agency said.

Thanks to Morocco’s steady efforts, the western route has been brought under control, he said, citing strengthened measures by Morocco to curb illegal arrivals.

FRONTEX, has revealed that 17,300 people have entered the European countries illegally during July 2021, marking a 33 per cent increase in border crossing illegal attempts compared to the same period last year.

Arrivals through the western route rose due to illegal crossings from Algeria which accounted for 67% of the 7040 arrivals from this route followed by Moroccans.

The increase in illegal migration attempts from Algeria reflects “an ongoing political and economic situation in the countries that have caused the rising number of people to attempt to reach Europe,” FRONTEX said in a report.

The Western Balkan route saw 3,600 detections in July, 67 per cent more than in July 2020. As a result, the total number of illegal border crossings this year increased by 90 per cent and reached 22,600. The majority of migrants were registered from Syria, Afghanistan and Morocco.