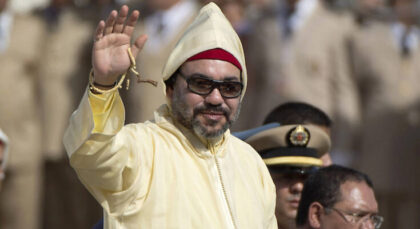 These attacks and “fully-fledged campaigns” sought in vain to tarnish the image of Morocco’s security forces and Morocco’s national institutions, said the King in a speech Friday night on the celebration of the 68th Anniversary of the Revolution of the King and the People.

“Morocco enjoys a sterling reputation and indisputable prestige. It also has a solid network of relationships and connections and is a trustworthy, credible nation at the regional and international levels,” said the King.

He said some countries in the EU and some NGOs published a spate of reports “to embroil Morocco in problems and disputes with some countries” but failed.

“Whether those parties like it or not, we shall continue on the path we have chosen for ourselves, despite the enemies’ exasperation and the envy of those who hate us,” said the Sovereign.

“Morocco does not accept that its best interests be trampled on. At the same time, my country is keen to have strong, constructive and balanced relations, especially with our neighbors,” the King said.

He added that a dialogue took place with Spain after the recent diplomatic crisis which “shook mutual trust and raised many questions as to their future.”

“In addition to the traditional immutable values on which these relations are based, we are keen, today, to strengthen them, bearing in mind the need for a common understanding of the two nations’ interests,” he said.

“I have personally and directly followed the progress of the dialogue and discussions between the two countries. Our goal was not merely to overcome this crisis, but to turn the situation into an opportunity to reconsider the foundations and determinants of these relations.”

The two countries are about to “usher in a new, unprecedented phase in the relations between the two countries, on the basis of trust, transparency, mutual respect and the fulfillment of obligations.”

“The same commitment is at the center of the partnership and solidarity between Morocco and France, and I personally entertain solid relations based on friendship and mutual esteem with the French President, His Excellency Mr. Emmanuel Macron,” the Monarch said.