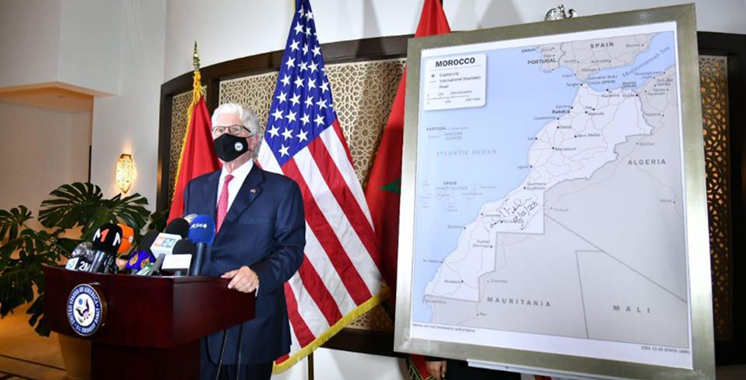 U.S. reaffirms recognition of Morocco’s undivided map including the Sahara 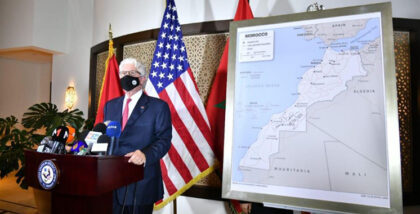 The United States has reaffirmed its recognition of Morocco’s undivided official map that includes the Sahara following the American recognition in December 2020 of Moroccan full sovereignty over its entire Saharan territory.

On Wednesday, a spokesperson for the U.S. Embassy in Rabat said that the official MAP of Morocco adopted by the U.S. government is the one posted by the CIA in its website (https://www.cia.gov/the-world-factbook/countries/morocco/map).

The MAP is showing undivided Morocco including the Sahara, with a caption saying that in 2020, the “United States recognized Western Sahara as an integral part of Morocco”.

Several American governmental bodies, agencies and entities including the State Department, the Pentagon as well as NATO have all adopted Morocco’s official map including the Sahara.

The remarks of the U.S. diplomat dealt another blow to the Algeria-Polisario attempts to exploit an old map published Tuesday by U.S. president Joe Biden in his tweeter account showing the 60 countries around the globe that received vaccine doses donated by the United States.

The Algerian propaganda media including APS news agency and social network have tried to exploit politically this inadvertent error but their anti-Moroccan plot failed as Biden removed this Wednesday the controversial tweet and map to the great disappointment of the enemies of Morocco’s territorial integrity.

Last week, U.S. Assistant Secretary of State for Near Eastern Affairs Joey Hood affirmed that the stand of the United States on the Sahara remains unchanged and stressed the urgent need to appoint a new UN envoy for the Sahara.