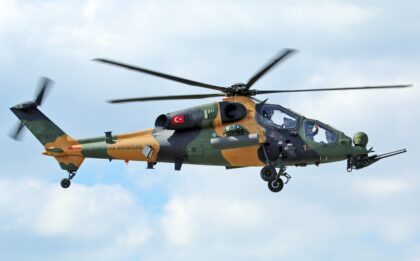 Attack helicopters have for long been a black hole in the Moroccan army but now no more as Morocco seeks to bolster capacity with mighty US and Turkish helicopters.

Reports pointed that Morocco is negotiating a deal with Turkey to buy 22 T129 ATAK helicopters worth 1.3 billion dollars.

Aware of the importance of air superiority to counter any national security threat that may result from the growing instability in the Sahel and Algeria, Morocco has also ordered an additional batch of 25 units of F-16C/D Block 72 fighter jets that will bring the total number of the Moroccan F 16 fleet to 48 units.