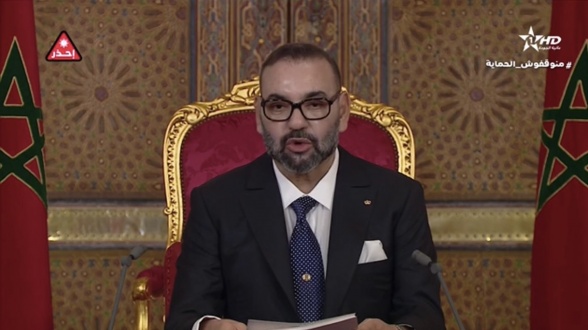 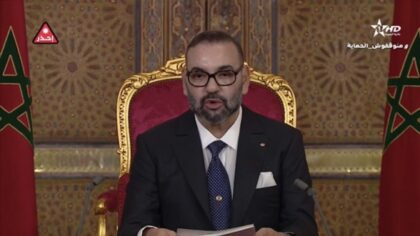 King Mohammed VI of Morocco has once again reached out to Algeria, renewing his call to normalize relations between the two neighboring countries, to open borders, and to make the logic of wisdom prevail to remedy an anachronistic situation.

“I reiterate my sincere call to our brothers in Algeria for us to work together, without conditions, for the development of bilateral relations based on trust, dialogue and neighborliness. I am not satisfied with the current state of our relations, for it does not serve our peoples’ interests, nor is it acceptable to a great many countries,” King Mohammed VI pointed out in a speech to the nation he delivered Saturday on the occasion of Throne Day, marking this year the 22nd anniversary of the Sovereign’s accession to the throne.

The King who deplored the continuous closure of borders between the two countries said “the closing of borders is incompatible with a natural right and an intrinsic legal principle, both of which are enshrined in international covenants, including the Marrakech Treaty, which is the founding text of the Arab Maghreb Union.” “That Treaty stipulates the free movement of persons, goods, services and capital between the States of the Union,” he recalled in this speech where he talked at length of Moroccan-Algerian relations.

The king underlined that neither the current Algerian president, nor even his predecessor, nor he, himself, are responsible for the decision to close the border. However, he said, “we are politically and morally responsible for its continuation – we are responsible before God, before history and before our citizens.”

Insisting that there is no reasonable justification for the current situation and that the reasons that led to the closing of the border no longer exist, King Mohammed VI rejected the arguments set forth b y some sides claiming that “the opening the borders will only bring evil and problems to Algeria or to Morocco.”

“This is simply not true. No one can believe such claims, especially in this age of communication and modern technology. The closing of the border does not stop communication between the two peoples; rather, it only contributes to the closure of minds, which are swayed by the false stories spread by some media outlets, namely that Moroccans are afflicted by poverty and that they live on smuggling and drugs.”

Addressing the Algerian brothers, the Sovereign made it clear that “Morocco will never cause you any evil or problems. Nor will my country put you in peril or under threat. That is because what affects you affects us, and what befalls you harms us.”

He went on to say: “I believe that the security and stability of Algeria and the tranquility of its people are inseparable from the security and stability of Morocco, and vice versa: what affects Morocco will also affect Algeria, for the two countries are like one and the same body. This is because Morocco and Algeria are both suffering from the problems of migration, smuggling, drugs and human trafficking.”

King Mohammed VI pointed out further that the very gangs which engage in such activities that are the real, common enemy to both Morocco and Algeria.

The Sovereign underlined that if the two countries pool efforts and work together to combat these gangs, they would surely manage to reduce their activities and dry up their sources.

He also deplored the media and diplomatic tensions currently characterizing relations between Morocco and Algeria; not only because they are detrimental to the image of both countries, but they also create a negative impression, especially in international forums.

“I therefore call for making the logic of wisdom and of our supreme interests prevail in order to remedy this regrettable situation. This is a situation in which the energies of our two countries are being squandered and which is incompatible with the bonds of affection and fraternity between our peoples. Morocco and Algeria are more than just two neighboring countries: they are twins, complementing one another,” added King Mohammed VI.