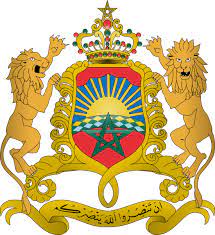 King Mohammed VI has built a strategy based on the triad of democratic consolidation, economic recovery, and human development. A vision that has propelled the Kingdom to the circle of the main emerging countries, and that has made its voice heeded worldwide.

Since his accession to the throne 22 years ago, King Mohammed VI has opted for major structuring projects and social integration as evidenced by the recent move to generalize social protection to all Moroccans, underlined the editorialist of daily Assabah in Arabic.

The achievements scored during the past twenty-two years have enabled Morocco to consolidate its political stability, and its openness to international markets has enabled it to become the preferred destination for investors.

In this vein, the Kingdom has consolidated and diversified its strategic partnerships with the European Union, the United States, China, Russia and the countries of Latin America, the editorialist noted.

At the same time, Morocco made inroads at the diplomatic and economic levels in Africa, which highlighted by its return to the African Union and its strong economic involvement in the continent, which is built on south-south cooperation and co-development as well as on centuries-old cultural and religious ties.

Thanks to this soft power approach, Morocco scored noteworthy success in the continent, becoming the biggest African investor particularly in West Africa, where Moroccan insurance, telecommunication, and banking companies enjoy significant market shares. Banking on this success, the Kingdom is showing an increasing interest in East and Central Africa.

Unlike other Arab countries, the Moroccan monarchy has made a success of its democratic transition thanks to the monarchy’s historical and religious legitimacy, with the King being the warrant of its sustainability, ensuring respect for the Constitution and the rights and freedoms of citizens.

At the economic level, despite the multiple economic challenges facing the regional and global environment, Morocco has made sustained efforts to revive the economy, achieve global development, and secure social stability.

Thanks to the royal strategy, national economy has experienced a palpable recovery this year despite the economic recession that swept over the world due to the repercussions of the Covid-19 pandemic.

The anticipatory approach, including the early launch of the vaccination campaign, has enabled the Kingdom to ease health restrictions and, consequently, foster hope for a swift return to normalcy and the revitalization of the economy which has been impacted by the health crisis. Thus, the economic forecasts established by both national and global institutions are optimistic about economic growth in 2021.

In this connection, the central bank, Bank Al-Maghrib, forecasts a growth rate of 5.3% in 2021, before stabilizing at 3.3% in 2022, while the Moroccan high commission for planning, HCP, said economic growth is expected to pick up to 4.6% in 2021 after a 7% loss in 2020 due to the coronavirus pandemic which hit both exports and local market. The World Bank also forecasts a “gradual” revival of the national economy which will allow the GDP to score a 4.6% growth in 2021.

This growth is boosted by a 3.6 % increase in added value, excluding agriculture, and a rebound in the added value of agriculture by 17.6%.

According to the HCP, the economy is expected to recover this year also as demand on Moroccan exports improves.

Apart from tourism, which was strongly impacted by the pandemic, other sectors were able to face the crisis with varying degrees of damage. Yet, it is agriculture that has strongly contributed to the revival of the national economy with an exceptional campaign 2020/2021, as cereals harvest stood at 103.2 million quintals against only 32.1 million last year.