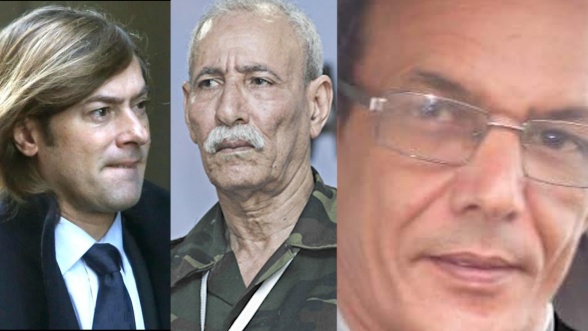 Spain-Polisario: A first witness heard by a Spanish judge in the Brahim Ghali case; claims Ghali was present in torture sessions 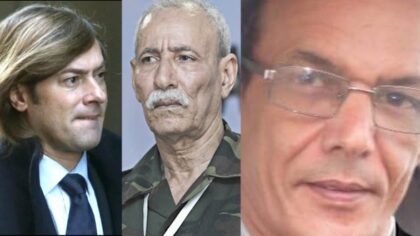 The investigating judge of the Audiencia Nacional in Madrid, Santiago Pedraz, heard on Tuesday, the first of the three witnesses, in the Brahim Ghali case, lodged at the end of last June by the defense of the Sahrawi Association of human rights (ASADEH).

The witness, Sahrawi activist Ahmed Tarouzi who resides in Laayoune, told the judge how he had been kidnapped by the Polisario militiamen and how he viewed acts of genocide against Sahrawis in the Tindouf camps committed at the orders of Brahim Ghali during the 1970s and 1980s, when the latter was leading the separatist Front’s security services in Tindouf.

Ahmed Tarouzi affirmed in his statement before the judge of the Audiencia National that it was Ghali who gave the orders to the Polisario militiamen for the torture of the detainees and sometimes he was “present at the torture sessions,” Spanish media reported, citing judicial sources in Madrid.

Ahmed Tarouzi who claims to have been kidnapped and tortured by the Polisario front for 11 years and to have shared the cell with Fadel Breika, identified in front of the judge Santiago Pedraz, his torturers, among whom figured Ghali. “He did not torture in person, but he gave the orders,” Tarouzi said.

He also testified that he saw one of the torturers involved pulling out the nails and teeth of prisoners.

Following Tarouzi’s testimony, the lawyer of ASADEDH, Maria del Rosario Villas, requested from the Central Investigation Tribunal n ° 5 of the Audiencia National that Ahmed Tarouzi be examined by a medico-legal expert, in order to prove that he had been really tortured.

Judge Pedraz was to hear on Tuesday, July 27, another Sahrawi witness and alleged victim of abuses by the Polisario Front in Tindouf, activist Fadel Breika, but the witness could not be present because of problems obtaining an entry visa to Spain.

The complaints against Ghali were lodged by Asadedh and three of his torture victims (who have subsequently been joined by several others), including Hosein Baida Abdelaziz, a Spanish citizen residing in Trebujena (Cádiz), and Dahi Aguai, a Sahrawi, born in the Sahara during the Spanish occupation and Chairman of the Association of missing persons at the hands of the polisario. They all blame Ghali for the “Treatment suffered by the prisoners of war as well as by the Sahrawi citizens themselves, especially those of Spanish origin. In their complaint, they identify 89 victims, but claim that the list of victims is “desperately longer.”

The victims also put on the table a report from the French NGO France Libertés, describing the severe tortures inflicted by members of the Polisario Front on dissidents and prisoners, with the frequent assistance of members of the Algerian security services.

According to the report, the inhumane treatments include “whipping with an electric cable”, “confinement in a metal trunk for 23 hours a day for periods of up to a year”, “beatings”, “suspension of prisoners by the feet for several hours”, “waterboarding” etc.

Spain had secretly admitted in April the separatists’ leader Brahim Ghali after he was infected by COVID-19. The European country allowed Ghali to enter its territories under a fake identity and using an Algerian passport bearing the name of Mohamed Ben Battouch, and admitted him to San Pedro de Logroño hospital even though he was facing several serious charges in Spain.

The move angered Morocco, triggering a serious diplomatic crisis between the two countries that is still pending.