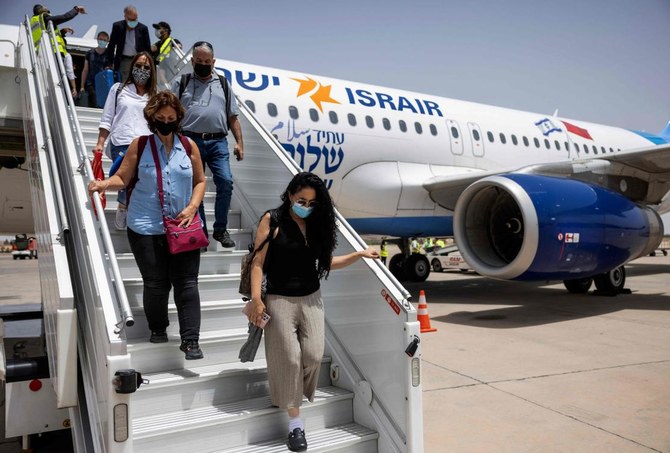 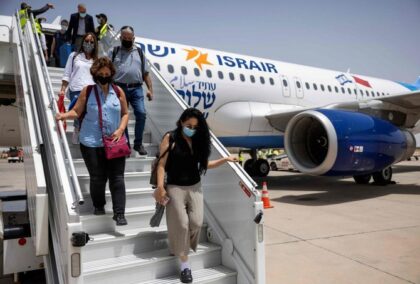 The first direct commercial flight between Israel and Morocco landed in Marrakesh on Sunday, marking the launch of non-stop flights between Morocco and Israel since they both agreed to resume diplomatic ties last December in a US-brokered deal.

An Israir flight with about 100 passengers from Tel Aviv arrived in Marrakech Sunday noon, while another by flight of flag carrier El Al was expected in the Ocre city later in the day.

El Al said that it plans to operate five flights a week to Morocco while Israir has planned two. Morocco’s flag carrier RAM and Israel’s Arkia have also scheduled flights for next month.

The launch of the direct air route is a boon for Morocco’s Covid-19-hit tourism sector which aspires to attract more tourists from Israel where up to 1 million people are of Moroccan origins.

At Tel Aviv airport, a ceremony was held to mark the start of direct flights livened up with Moroccan music, drinks and cookies. Another ceremony awaited travelers at Marrakech airport where they were met with dates, cakes and mint tea.

Morocco’s tourism minister had said that up to 200,000 Israeli tourists are expected in Morocco after the launch of non-stop flights which will make it easier for Israelis to visit Jewish shrines and tourist attractions in Morocco.

“This flight is very important for us. It marks a milestone in relations between Morocco, Israel and the Jewish community,” Morocco’s envoy to israel Abderrahim Beyyoud said.

The US welcomed the inaugural flights by the Israeli carriers to Marrakech this Sunday. This is “another important development stemming from improved relations between our partners and friends in Israel and Morocco,” said the US State Department’ Near Eastern Affairs office in a tweet.

Last December, the two countries agreed to re-open liaison offices which have been closed since 2000.

Morocco used to have the largest Jewish community in North Africa, most of whom migrated to Israel in the second half of the 20th C.