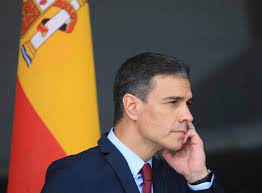 Spanish Prime minister Pedro Sanchez will start this week an African tour designed to build up new alliances in the continent after failing to solve lingering diplomatic crisis with neighboring Morocco over the Sahara.

According to press reports, Sanchez will travel to Egypt, Kenya and South Africa. Rabat has not been included in this tour, second of its kind since the socialist leader took office in June 2018.

Relations between Morocco and Spain soured after Madrid’s leftist government decided in May to host Polisario leader under a false name with an Algerian passport. The move has angered Rabat which views it as a betrayal to the spirit of partnership, mutual trust and neighborliness.

As the North African Kingdom stands firm in its position demanding explanations, Madrid senses that crisis with its southern neighbor will take much time to be resolved.

A new Spanish foreign minister (Jose Manuel Albares) has been appointed in replacement of Arancha Gonzalez Laya who is blamed for triggering the diplomatic row with Rabat.

But Morocco is expecting a clear not a blurred stand on its Sahara following the U.S. recognition of its full sovereignty over the entire Sahara territory.

After failing to gain leverage of the Biden Administration or convinced it to reverse the decision of its predecessor, Head of the Spanish government is looking for new partners in Africa and business opportunities as the European country is facing serious economic difficulties.

According to some experts, the goal of Sanchez’s African trip is to compensate for the economic losses caused by diplomatic rift with Rabat, which is Spain’s first trading partner.

Morocco is also Spain’s first customer outside the European Union, after the United States. Furthermore, Moroccans are the largest community in Spain, totaling nearly one million.

The new Spanish foreign minister has clashed lately in Parliament with Podemos over Morocco described by the top diplomat as a “Great Friend” of Spain, while the newly appointed spokesperson of the Govt. of Pedro Sanchez has called for “stable” diplomatic relations with Rabat as the two countries share common interests in many fields.