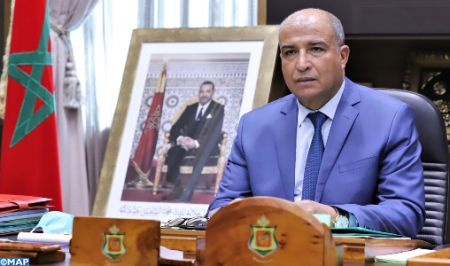 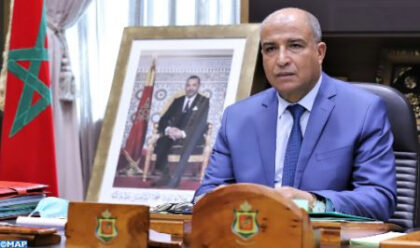 The Central Bureau of Judicial Investigations (BCIJ) has dismantled 84 terrorist cells since it was created in 2015, said BCIJ Director Cherkaoui Habboub, underlining that Morocco continues to consolidate its status as an international strategic partner in counterterrorism.

“Since its creation in 2015, the Central Bureau of Judicial Investigations has managed to dismantle 84 terrorist cells, 78 of which are linked to Daesh (ISIS) and 6 others associated with the ideology of the Al-Istihlal wal Faye terror organization, which legitimizes illicit activities to finance terrorist acts,” said Habboub in an exclusive interview with the Moroccan official news agency, MAP.

The action of BCIJ, the judicial arm of the General Directorate of Territorial Surveillance (DGST), has also made it possible to bring to justice 1,357 individuals, including 14 women and 34 minors, linked to terrorism cases, he said.

He also mentioned another significant fact regarding the Moroccan foreign fighters who returned from combat zones, indicating that these individuals, totaling 137, were brought before justice.

These individuals included 115 who came back from the Syrian-Iraqi scene, 14 were former members of Daesh in Libya, and 8 others were extradited to Morocco within the framework of coordination between the Kingdom and the USA.

These achievements are the result of close and active cooperation between the various national security services, he explained, stressing that Morocco’s security policy stands out for its effectiveness and the harmony between the institutions concerned. This sound policy has led to conclusive actions as reflected in the dismantling of the number of terrorist cells, he noted.

Thanks to its holistic and proactive approach, the Kingdom is a true strategic partner in counterterrorism, both regionally and internationally, said the BCIJ Chief.

In this connection, he recalled the security cooperation and intelligence coordination between Morocco and the United States, “with which we have strong and long-standing partnerships,” citing as an example the dismantling last March of a terrorist cell in Oujda.

The DGST also provided, last January, first-rate information to Washington about a radicalized US soldier, which led to his arrest, he added.

In the same vein, Habboub mentioned the dynamic cooperation with the security services of foreign countries, notably France and Spain, which has made it possible to put dozens of terrorist cells out of action and avoid bloodshed.

However, while cooperation with various Arab, African, European and American partners, among others, makes the Kingdom an essential strategic partner in counterterrorism, Habboub deplored Algeria’s rejection of any security cooperation.

The categorical refusal of Algiers to cooperate in the fight against terrorism, which requires close international collaboration, negatively impacts the tireless efforts of the Kingdom and the international community in counterterrorism, a phenomenon that transcends borders, he said.