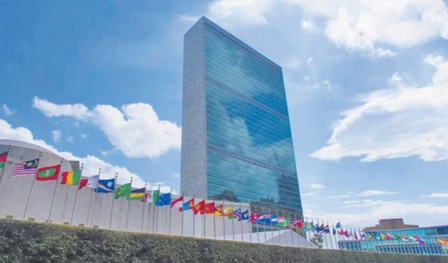 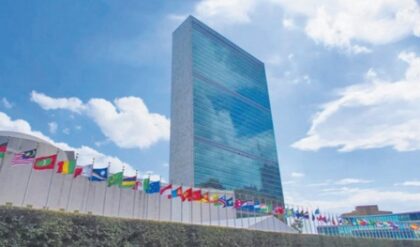 Morocco’s Permanent Mission to the UN in New York organized a virtual international research seminar on the theme “Guaranteeing the success of regimes of territorial autonomy: Devolution of judicial powers”, which was marked by the participation of many experts, researchers and academics.

This annual seminar was an opportunity to present the experiences related to the devolution of judicial powers in regimes of territorial autonomy around the world and to establish comparative analyses with the Moroccan Initiative for the autonomy of the region of Sahara.

International experts from Switzerland, Spain, Cameroon, Canada, and Malaysia had the opportunity to discuss several examples of devolution of judicial powers, with a parallel comparison with the Moroccan autonomy initiative which is one of the “rare” models in the world to go beyond the political and legislative spheres by providing for a real devolution of judicial powers to the region.

The seminar was chaired by Marc Finaud, Senior Advisor to the Think Tank “Center for Security Policy of Geneva”, who examined the provisions relating to the devolution of judicial powers in the Moroccan Initiative for Autonomy of the Sahara Region.

In this regard, Finaud recalled that on April 11, 2007, Morocco presented to the UN Secretary-General its “Initiative for the negotiation of a status of autonomy for the Sahara region” in order to break the deadlock in the negotiations on the regional dispute over the Sahara. Since then, the Security Council has described, in thirteen successive resolutions, this initiative as “serious and credible”, he noted.

Morocco’s Permanent Representative to the UN, Omar Hilale, noted that “justice, in its global perception, is the basis of all forms of coexistence, of democracy, of good governance, a prosperous economy, and for attracting foreign investment, as well as for national reconciliation.”

“Having an evolution of judicial powers within the Moroccan Sahara is one of the fundamental pillars of the implementation of autonomy”, said the ambassador, stressing that the Moroccan approach has always sought convergence with other successful experiences and practices around the world.