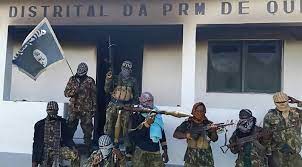 Mozambique’s ability to adequately fund government ministries – including its military – has been hamstrung by tight fiscal rules imposed by the International Monetary Fund as conditions for granting loans. Now, Maputo must reluctantly invite foreign forces onto its territory, something its fiercely independent government has long resisted doing.

The European Union has created a two-year military force it will deploy to Mozambique to train the African country’s troops amid a growing insurgency in Cabo Delgado province. The news comes as several African nations prepare to send their own forces – and fears that all the deployments could butt heads.

According to a Monday statement by the European Union, the mandate will initially last for two years, during which the EU Training Mission Mozambique (EUTM Mozambique) will “support the capacity building of the units of the Mozambican armed forces that will be part of a future Quick Reaction Force.”

The Rwandan Ministry of Defense on its part announced on July 9 it was sending a force of 1,000 troops to help “to restore Mozambican state authority by conducting combat and security operations, as well as stabilization and security-sector reform (SSR).”

Under separate deals, Portugal and the United States have also both sent military instructors to train Mozambican forces, although Lisbon has committed to sending a force of 1,500 this year.
Source: https://www.usnews.com/news/world/articles/2021-07-12/eu-agrees-to-send-military-training-mission-to-mozambique