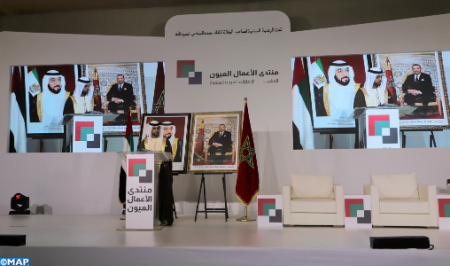 UAE will invest in Moroccan Sahara & contribute to its development 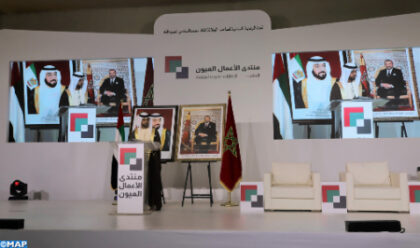 Addressing the Moroccan-Emirati Business forum held in Laayoune, capital of the Moroccan Sahara, Al-Balushi said this forum reflects the excellent and long-standing fraternal relationship existing between the two countries, noting that his country has invested over $20 billion in the Kingdom over the past four decades in various strategic sectors including renewable energies, transports, infrastructures, telecommunications, tourism, real estate, agriculture and services.

As the southern provinces of Morocco are entering into a new phase under the leadership of King Mohammed VI, the UAE will bring in major investments in support of the development process spearheaded by the Monarch, underlined the UAE Consul General.

The UAE is the first Arab investor in Morocco wherein more than 30 Emirati companies are operating, added Mr. Jarwan in his videoconference speech, noting that his country and the North African Kingdom share a common resolve to enhance further their “win-win” partnership.

The Emirati investors’ council is looking into the business opportunities in the Sahara and will contribute to the consolidation of the strategic partnership with Morocco, he said.

Speaking during the forum, held under the theme: “A New Perspective, New Partnerships”, President of the regional council of Laayoune-Sakia El Hamra Sidi Hamdi Ould Errachid said the opening of the UAE Consulate General in Laayoune (In November 2020) has given a new impetus to bilateral political, economic, commercial and cultural relations.

This forum reflects the strong determination of this Arab country to support the development dynamics in the region, he stressed.

For his part, the wali of the Laayoune-Sakia El Hamra region hailed the excellent relationship and sound strategic partnership existing between Morocco and the United Arab Emirates.

He also recalled the firm and unwavering support of the UAE to Morocco’s territorial integrity and the opening in November 2020 of an Emirati consulate in the capital of the Moroccan Sahara which offers huge untapped business opportunities in fisheries, mining, livestock farming, renewable energy, construction and tourism.
The investment opportunities in these sectors were presented Monday in Laayoune to Emirati businessmen who are interested in the Laayoune-Sakia El Hamra region, gateway to Africa.