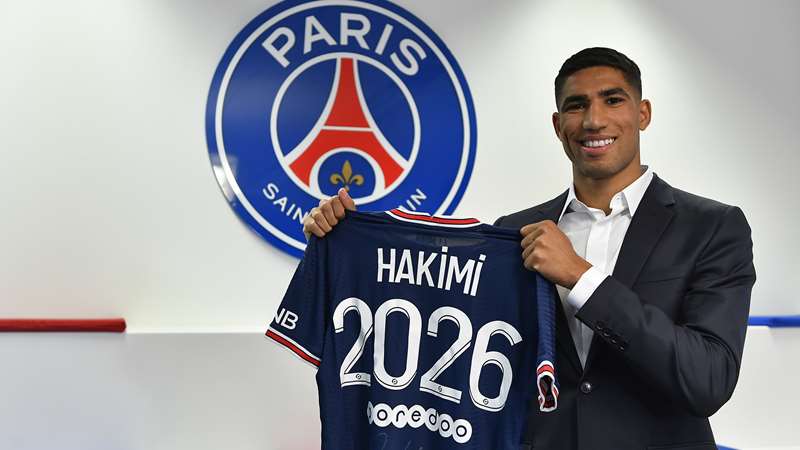 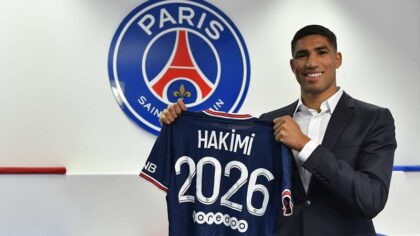 The 22-year player is touted as one of the world’s best fullbacks after playing 45 matches and scored 7 goals for the reigning Italian champions.

PSG failed to secure four consecutive League 1 titles last season and are short of good quality at right back position.

The Parc des Princes team began talking to Hakimi more than a month ago to beef up the team managed by Argentinian Mauricio Pochettino.

“I feel a great sense of pride today,” the Moroccan talent said Tuesday after the deal signing.

“After Spain, Germany and Italy, Paris Saint-Germain offers me the chance to discover a new championship with one of the most prestigious clubs in the world. I can’t wait to meet my new teammates, the fans and experience the incredible color and passion inside the Parc des Princes.

“I share the same big ambitions as the coaching staff and my teammates and will do everything I can to deliver what is expected of me.”

“This caliber of signing shows the level of our ambitions — we continue to build something very special. Achraf may only be 22 years old and has already established himself as one of the most talented full-backs in world football — these are the standards we set at the club. I know Achraf will have a fantastic career with us and the whole club wishes him every success in our colors.”