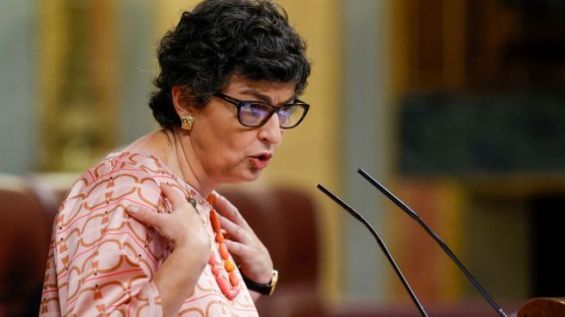 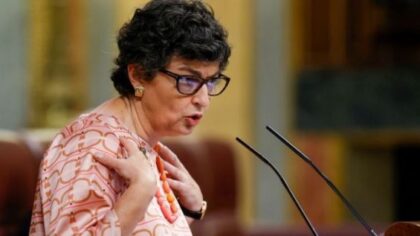 After the army has thrown the ball into the foreign ministry’s court, Spanish foreign minister Arancha Gonzalez Laya is under fire from the Spanish media and intellectuals as well as the opposition for her responsibility in letting a man enter her country using an Algerian passport and a false identity to shun justice.

El Espanol was the latest media to blame the crisis with Morocco on Laya for her responsibility in violating all diplomatic practices and norms and generating confusion and lies about Ghali’s fraudulent entry to the country.

In a scathing op-ed, the paper recalled the scandal that reverberated in Spain after the army commander in charge admitted that the foreign minister ordered that passengers on board an Algerian presidential plane be let into Spanish territory without proceeding to passport checks last April.

The incident triggered a crisis between the two countries as Morocco blames Spain for hosting a man wanted by the Spanish judiciary for war crimes under a false identity and without informing Rabat.

Morocco said the admission of Ghali in connivance with Algeria dealt a blow to bilateral ties and asked Spain to make its position clear regarding Morocco’s territorial integrity.

El Espagnol blames Spanish foreign ministry for its attempt to let Ghali in and leave Spain later without leaving a trace in order to hide his presence from the public opinion in a country where he is facing war crime charges.