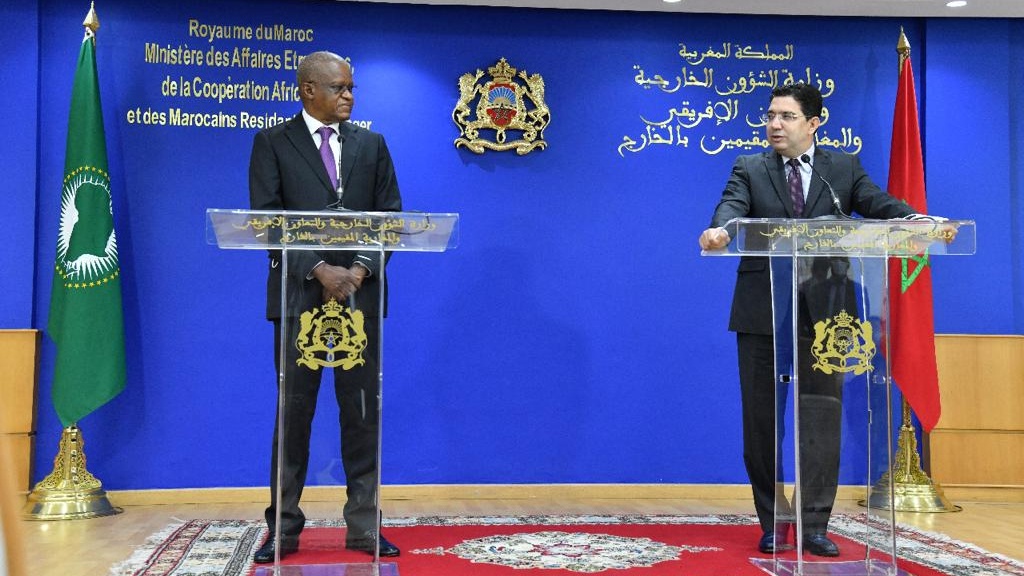 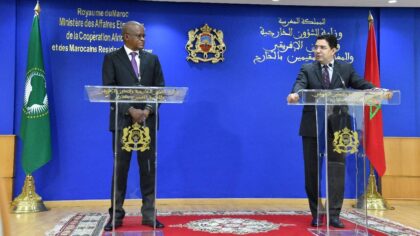 The High Representative of the African Union (AU) for Mali and the Sahel, Maman Sambo Sidikou, said, Friday in Rabat, he is “reassured” by the support of Morocco, a country, he said, that has always occupied an important place among Sahelians and all of Africa.

Sambo Sidikou, who has chosen Morocco for one of his first official visits since his appointment after Niger and Mali, welcomed the Kingdom’s continued presence during meetings of the G5 Sahel, a group which seeks to promote development and security in several countries, namely Mauritania, Mali, Burkina Faso, Niger and Chad.

Speaking at a joint press briefing with Minister of Foreign Affairs Nasser Bourita following talks in Rabat Friday, the AU official brought up the situation in Mali, a country which, he said, finds itself in a “complex” situation. This situation cannot be resolved with “a ready-made recipe,” he said.

“The complexity of this issue means that we must support the Malian people,” Sambo Sidikou pointed out.

“We are working with several partners such as the United Nations, France and the European Union, but the Malian issue is above all African”, he said, calling for a greater presence of Africa in this issue.

He said he was counting on Morocco on several aspects, mentioning in this context his meeting on Thursday with the Secretary General of the Mohammadia League of Religious Scholars, Ahmed Abbadi.

The League “embodies an extremely important dimension of the work carried out by Morocco to support us in understanding our Islam which is an Islam of tolerance,” said Sambo Sidikou, recalling that Morocco is training hundreds of imams and Ulemas from the Sahelian sub-region. He stressed the importance of generalizing this experience at the continental level.

Sambo Sidikou reiterated his gratitude to the people of Morocco and to King Mohammed VI for all the actions carried out in favor of the Sahel, and commended the solidarity of the Kingdom “which has stood alongside the countries of the Sahel, when the Covid-19 pandemic hit our poorest states very hard”.

Bourita on his part underlined that Morocco remains sincerely committed to the stability and development of the Sahel, a region with which the Kingdom shares a common history and strong human ties.

He said King Mohammed VI has always considered that simplistic approaches to the Sahel are doomed to failure and that the region must be approached with responsibility and serenity, while addressing in a comprehensive manner all its constraints.

Unfortunately, the last decade has been marked by a proliferation of initiatives, a mobilization of resources and a multiplication of diplomatic events with few results, lamented Bourita, adding that it is now important for the international community and the AU to update this approach and adapt it to the new constraints and realities of the region, while drawing the necessary lessons from previous experience.

The Kingdom, which maintains strong and important bilateral ties with each of the Sahel countries, will continue to be actively and constructively involved to act, as part of the international effort, for the stabilization and development of this region, he said, recalling that the countries of the region want Morocco to remain active and present alongside them in this particular phase.

The minister also stressed “the full support” of Morocco to Samba Sidikou after his appointment as AU High Representative for Mali and the Sahel.