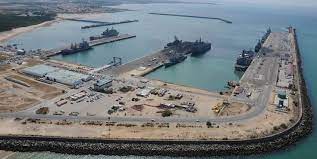 Madrid alarmed about possible transfer of U.S. military base in Rota to Morocco

The Pedro Sanchez government is extremely concerned over the possible transfer of the American military base in Rota (Spain) to Morocco, said on Thursday Israeli i24News TV channel, citing Spanish sources.

Such a possibility is not a far-fetched option at all and is gaining ground as the American military bases in Spain are no longer as strategic as they were before during the Cold war era, added the Israeli news network.

The Americans and their European allies are now deeply concerned about the growing terror threats in the Sahel and Sahara region where many jihadist groups are rebuilding their cells after the defeat of ISIS in Iraq and Syria, said the Israeli TV station.

The U.S., Morocco, and several other countries from Africa and NATO conducted lately major war games (African Lion military exercise) in the northwestern region of the continent which is increasingly threatened by the Islamist extremists.

During these annual drills, the largest in Africa, Morocco held some airborne operations near the Sahara and not far from Polisario-controlled camps in Tindouf, Southern Algeria.

According to some experts, the changing regional landscape is forcing the United States to change its posture and redeploy its military assets to face the multiple challenges coming from the Sahel region.

Furthermore, Africa is rocked by several crises and facing major security challenges, from inroads made by Islamic State, al-Qaida and Boko Haram fighters to power struggles and coups. In addition to the threat from Islamist extremists in the Sahel, militaries in place are under attack by other armed groups vying for control of the region’s mineral resources.

To protect its geostrategic interests in Africa, Washington counts on Rabat, its major ally in the region, and keeps all options open including the possibility of moving its military from the Rota naval base to the North African Kingdom.