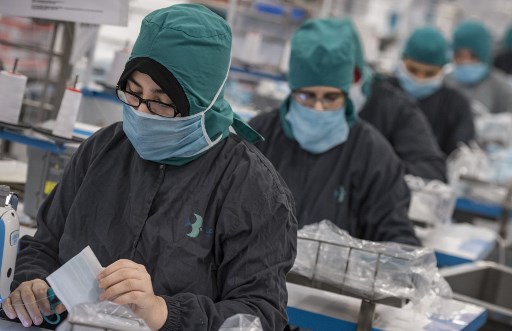 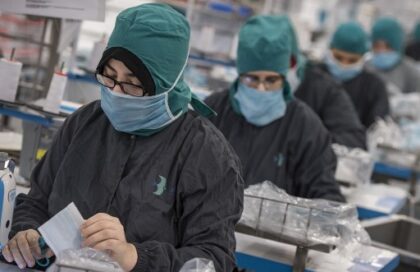 Morocco managed to use the Covid-19 context as an opportunity to accelerate reforms by launching policies to address inequities and resolve some of the obstacles to economic growth, the World Bank said.

In a recent report, the World Bank cited measures taken by Morocco in the wake of the pandemic, notably the creation of a Strategic Investment Fund (the Mohammed VI Fund) to support the private sector, the overhaul of the social protection framework to boost human capital, and the restructuring of Morocco’s large network of state-owned enterprises.

The report also shed light on the newly unveiled development model which places emphasis on human development and gender equity, and on the need to reinvigorate recent efforts to incentivize private entrepreneurship and boost competitiveness.

“If successfully implemented, these reforms could lead to a stronger and more equitable growth path,” the World Bank said.

The report recommends increasing market contestability, levelling the playing field, and streamlining the role of the SOE sector in the economy in order to enable more firms to enter markets, grow and create jobs.

It argues that a “more dynamic private sector could make a better use of the large stock of physical capital accumulated over past decades, thus increasing the growth dividend of existing infrastructure, which so far has disappointed.”

Similarly, accelerating the pace of human capital formation could enable more Moroccan citizens to realize their productivity potential, which would contribute to raise living standards and accelerate the growth of aggregate output, it said.

However, the World Bank’s experts consider that the recovery from the crisis could be gradual and uneven in the short term.

The bank projected real GDP growth to rebound to 4.6 percent in 2021, supported by the strong performance of the agricultural sector and by a partial recovery of the secondary and tertiary sectors.

Return to pre-pandemic level would be feasible in 2022, it said, adding that the balance of risks remains tilted to the downside given the global spread of new and more infectious coronavirus variants, the supply constraints that are affecting Morocco’s vaccination campaign, and the macro-financial vulnerabilities triggered by the crisis.

The report also points out to a rise in poverty following the pandemic which has overturned years of sustained efforts to contain it. However, the mitigation measures adopted by the authorities have successfully cushioned the income reduction that a large proportion of poorer households (both formal and informal) would have otherwise undergone, thus avoiding a significantly larger increase in poverty, it said.

In this respect, the World Bank highlighted the importance of the reforms announced by Morocco including the sweeping reform of the social protection system, including the universalization of health insurance and family allowances.

“The long-term challenges that characterize Morocco’s labor markets will also need to be addressed, namely its insufficient capacity to create new jobs even when the economy is growing, high inactivity, especially among the young and the female population, and slowly declining levels of informality,” it said.