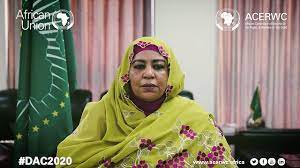 African Union Social Affairs Commissioner Amira El Fadil has lauded the valuable contributions made by King Mohammed VI as Leader of the AU on the issue of migration, saying the royal input has shown that migration can be a factor of co-development for both the source and host countries of African migrants.

Speaking to journalists following a meeting Monday in Addis Ababa with Morocco’s Permanent Representative to AU Mohamed Arrouchi, the AU Commissioner hailed the Monarch’s keen interest in the best management of migration and the key role the Sovereign plays in this regard on behalf of the African Continent.

Morocco has an important role to play in the protection of the rights of African migrants living legally in Europe as well as within the frame of the African Migration Observatory in terms of studies on migration issues, she said.

During this meeting, El Fadil and the Moroccan diplomat discussed the role of the African Migration Observatory which was opened a few months ago in Rabat at the initiative of King Mohammed VI who sees migration as a lever for co-development, a pillar of South-South Cooperation and an instrument of solidarity.

The Observatory is tasked with developing observation and the exchange of information between African countries in order to promote controlled management of migration flows.