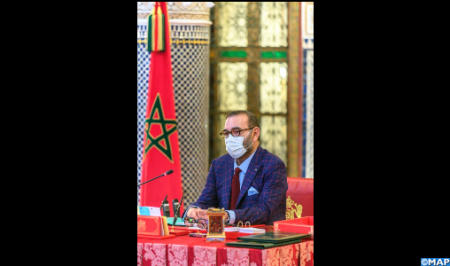 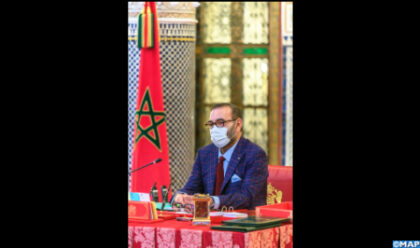 A Council of Ministers held Monday in Fez under the chairmanship of King Mohammed VI adopted the draft framework law on tax reform that was prepared in application of the royal guidelines and on the basis of the recommendations of the National Tax Conference held in May 2019.

The text seeks to establish an efficient, fair, equitable and balanced tax system, likely to make it possible to mobilize all tax potentials for finance public policies, promote economic development, and achieve social inclusion and cohesion, said the Royal Palace spokesperson in a statement.

The draft is intended to set out the basic principles and objectives of this reform, which mainly relate to strengthening fundamental rights through a tax system based on respect for the equality of all before taxes, tax fairness, the right to information and the guarantee of the rights of the taxpayer and those of the administration.

The text, which provides for the creation of a National Tax Observatory, also seeks to protect the taxpayer against any abusive interpretation of legal texts by the tax administration, the strengthening of the relationship of trust between this administration and the taxpayer, the guarantee of the right of recourse for both parties and of the independence of the competent tax authorities.

The reformed tax system is designed to promote competitiveness, innovation, job creation, and the mobilization of the full tax potential to ensure better financing of public policies, in addition to strengthening solidarity, particularly for the financing of social safety nets, such as medical coverage, family allowances, and the reduction of social inequalities.

The text also reforms local taxation to ensure that local authorities have at their disposal permanent resources, in line with the State’s determination to review and simplify the rules relating to these taxes and their harmonization with the provisions governing state taxes.

The Council of Ministers also adopted the framework bill relating to the reform of public establishments and enterprises (EPP).

The comprehensive and progressive reform of public sector establishments was designed in accordance with the guidelines outlined by King Mohammed VI in the Speeches of the Throne and at the opening of the fall session of Parliament for the year 2020.

The draft aims to put in place the principles and objectives framing the comprehensive and progressive reform of public sector establishments, in particular through a restructuring program of EPPs by their regrouping or merger or by their dissolution and liquidation, supervision of the operation to create new public establishments and enterprises and their participation in the capital of private enterprises.

This draft framework law sets out the legal framework for the creation of the National Agency for the Strategic Management of State Investments and for monitoring the performance of public establishments and enterprises.

The Council also approved a draft law amending and supplementing the law on the prohibition of the development, production, stockpiling and use of chemical weapons and on their destruction.

The text was adopted within the framework of the Kingdom’s ratification of the International Convention on this subject.

As part of Morocco’s respect for its international commitments and its efforts to strengthen cooperation and partnership with a group of brotherly and friendly countries, the Council of Ministers approved 11 international conventions, including three bilateral conventions and eight multilateral agreements.