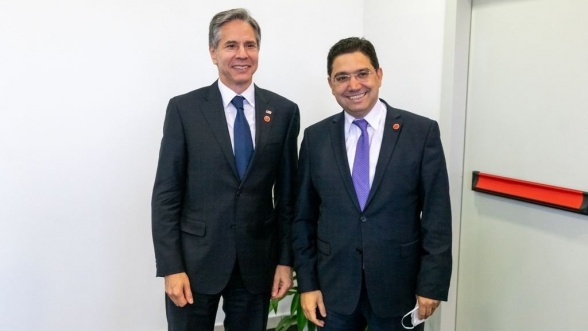 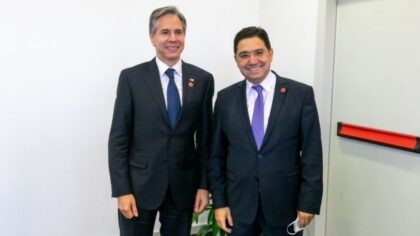 The strategic partnership existing between Morocco and the United States and means to strengthen this partnership, in addition to a set of regional issues were at the focus of talks held this Monday in Rome between Foreign Minister Nasser Bourita and secretary of state Antony Blinken.

The two officials, who were both participating in the ministerial meeting of the global coalition against Daesh held in Rome, discussed means to bolster the two countries’ strategic partnership, within the framework of King Mohammed VI’s vision targeting strong multidimensional relations between Morocco and the United States.

The two parties also discussed the coming bilateral deadlines and regional issues in which Morocco plays a key role, particularly with regard to the Middle East and the Libyan crisis.

The latest talks between the two officials were held over the phone on April 30. They had then welcomed the strategic, strong, and enduring partnership linking the two countries.

Blenken had commended the reforms spearheaded by King Mohammed VI and in addressing challenges relating to climate change as well as his leadership in promoting renewable energies and the green economy.

“The Secretary and the Minister (Bourita) discussed King Mohammed VI’s far-reaching reforms over the past two decades, and the Secretary encouraged Morocco to continue implementing these reforms,” the US State Department had then said in a statement.

The two parties had also discussed “opportunities to increase cooperation in Africa to promote economic prosperity and stability and the Secretary highlighted Morocco’s key role in fostering stability in the Sahel and Libya.”