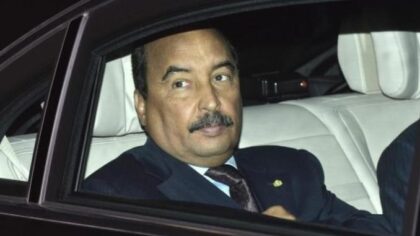 Former Mauritanian President Mohamed Ould Abdelaziz was arrested Tuesday night and detained at the anti-corruption division of a court in the capital Nouakchott, Le360.ma reports citing his defense team.

Ould Abdelazziz since leaving power in 2019 has been in the eye of the storm with the country’s justice hunting him down for corruption and public funds mismanagement.

Mid-March, the former leader was convicted with corruption, public funds embezzlement and money laundering. In May the anti-corruption division of West Nouakchott prosecution put the 64-year old man under house arrest in connection with charges.

Twelve other people including two former Premiers during his decade-long tenure have been also charged for same offenses.

The defense team of the former leader has lambasted the charges arguing that they are politically motivated.

The current parliament has demanded a probe into Abdelaziz’s 10-year rule at the head of the African country. Incumbent leader Mohamed Ould El-Ghazaouani who was the right hand of the ex-leader, has distanced himself from legal procedure.

The probe looks into several alleged irregularities including procurement of 109 projects worth over $1 billion, dubious management of energy generated revenues, and depletion of lands in the capital.