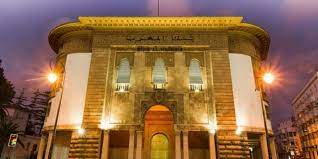 Moroccan Central Bank forecasts a growth rate of 5.3% in 2021

“Growth would reach 5.3 percent this year, driven by a 3.6 percent increase in the value added of non-agricultural activities and a 17.6 percent rebound in the agricultural sector”, the bank pointed out in a press release following its second quarterly meeting of the year.

The very favorable weather conditions that marked the current crop year resulted in an increase in cereal production to 98 million quintals, the press release said.

In 2022, growth is expected to consolidate to 3.3 percent, with a further improvement in the pace of non-agricultural activities to 3.8 percent and a 2 percent drop in agricultural value added, assuming an average level of cereal production at 75 million quintals.

During the quarterly meeting, the bank’s board decided to keep unchanged the key policy rate at 1.5%, deeming that the current level of the policy rate remains appropriate.

The Board analyzed the health and economic developments at the national and international levels, as well as the Bank’s medium-term macroeconomic projections.

It considered that the economic recovery is under way at a steady pace, supported by the easing of restrictions, the accommodative financial conditions and the fiscal stimulus.

However, the outlook remains surrounded by high uncertainties due mostly to the emergence of new variants of the virus and disparities in the pace of vaccination across countries.

In view of these assessments, the Board considered that the monetary policy stance remains very accommodative, thereby ensuring adequate financing conditions.