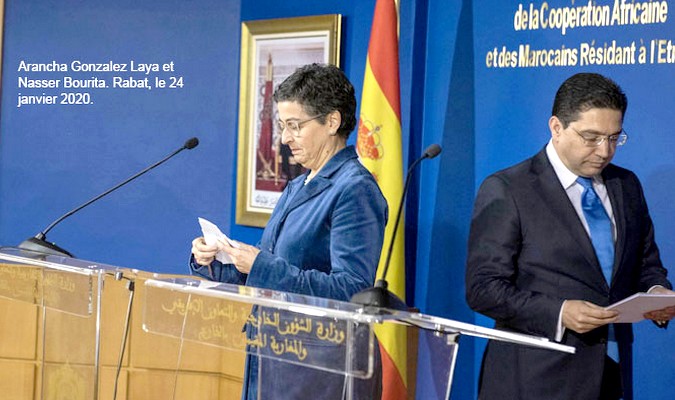 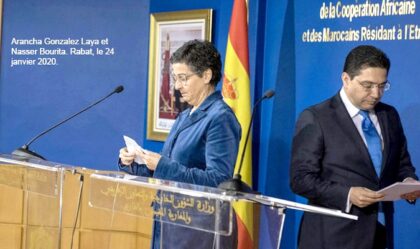 In a recent interview with La Vangardia, the minister still rehashes old statements to dismiss herself from responsibility in triggering one of the worst crises in recent history between Morocco and Spain.

Laya added insult to injury and revealed Spain’s real position against Morocco’s efforts to settle the artificial dispute in the Sahara and maintain its territorial integrity.

She bluntly told La Vangardia that Spain “would consider any solution that Morocco puts on the table” to resolve the Sahara issue within the framework of the UN.

Her statements showed how ignorant she is of the ancient developments on the Sahara issue not to say the latest. Morocco has in fact submitted an autonomy plan to settle the Sahara issue in 2007 as an ultimate political compromise but the proposal fell on deaf ears among the separatists and Algerian rulers.

The same autonomy plan was welcomed by the UN and key powers including France and the US as a serious and credible solution. But Morocco’s neighbor, Spain, has not yet joined the voice of reason and still reminisces about her colonial past in the Sahara while swallowing the bitter feeling of its humiliating retreat from the territory where Moroccans staged a march of 350,000 to demand the departure of Spanish occupant in 1975.

Laya also mentioned that Spain was “careful not to influence the US position” on the Sahara issue. Between the lines, this shows that Spain along with some EU countries like Germany showed activism against the US recognition of Morocco’s sovereignty over the Sahara.

While continuing to ignore what Morocco calls the root causes of the dispute with Spain, Laya said she was working to prepare ground for a restoration of trust with Morocco!

She gave this interview at a time the Spanish judiciary has ordered a probe on the fraudulent entry of Polisario chief Brahim Ghali to Spain under a false identity to shun justice.

In his most recent statements on Spanish-Moroccan relations, Morocco’s foreign minister said that the crisis will remain as long as its root causes are not addressed. He asked Spain to make its position clear regarding Morocco’s territorial integrity.