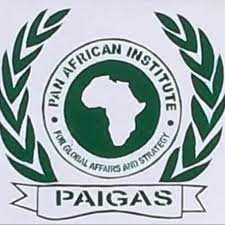 The dispute over the Moroccan Sahara must be rethought to allow the African Union (AU) to rehabilitate itself and get out of this situation which has lasted for nearly 50 years, said Senegalse officer and diplomat General El Hadji Alioune Samba.

We must “rethink the problem of the Sahara to allow the African Union to rehabilitate itself and get out of this situation which has lasted for nearly 50 years and which it inherited from the OAU,” said General Samba who is the president of the association of Senegalese officers trained in Morocco (AOSFARM).

General Samba made the remarks in a statement to MAP, on the sidelines of a sub-regional seminar organized this week in Dakar on the theme “Thinking about the Sahara issue and promoting innovative solutions.”

Today, Senegalese and African experts are wondering about the solution that the AU can propose to unblock this crisis which hinders regional integration, economic development and political coordination, he said.

“The solution lies in sincerity and outspokenness by saying things as they are without veiling the face,” the Senegalese Officer said, deploring that this situation has lasted too long and is prejudicial to everyone.

The AOSFARM president also called on Algeria in particular to commit to the final settlement of this artificial conflict, as such a settlement will benefit the entire continent.

The sub-regional seminar, organized at the initiative of the Pan-African Strategy Institute (IPS), a Senegalese think tank, was attended by a plethora of experts, political figures and civil society activists from Senegal, Cape Verde, Côte d’Ivoire, Guinea-Bissau, Mali and Mauritania.