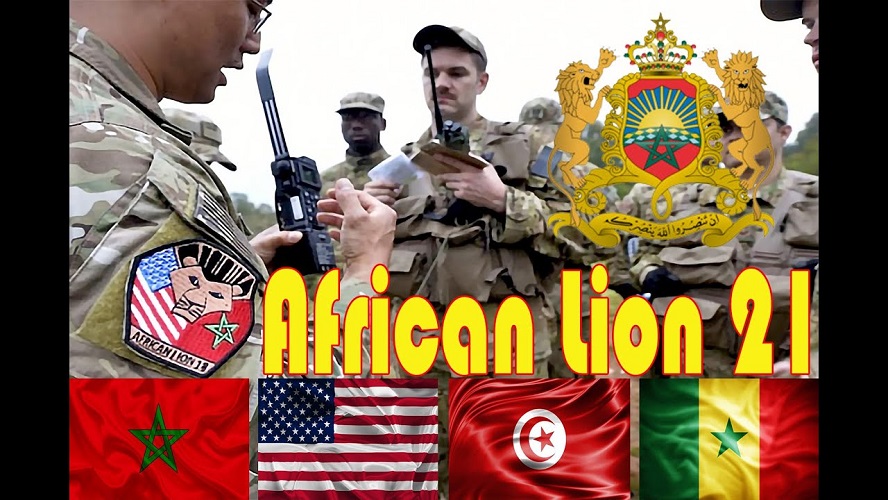 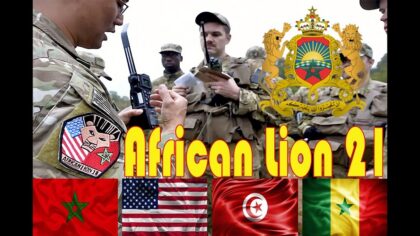 Military cooperation between Morocco and the United States is “limitless” and boasts enormous opportunities for the future, said on Thursday Major General Andrew M. Rohling, Commander of the US Army’s Southern European Task Force Africa and Deputy Commanding General of U.S. Army Europe and Africa.

The senior American official, who was speaking at a briefing by phone on the Moroccan-American military exercise “African Lion 2021”, underway since June 7, highlighted the role of Morocco as a key ally in the North African region thanks to its “substantial contribution” to the preservation of peace and stability in the Maghreb.

General Rohling who noted that the United States and Morocco are linked by a strong and solid partnership spanning over 200 years, said the Kingdom has always being gracious by hosting, each year, this joint military exercise, “one of the most important and complex exercises in the world, involving directly 8,000 soldiers from eight countries, in addition to military observers from 15 countries, which are potential participants for the African Lion 2022,” said the senior US officer.

“During the last two weeks, we have carried out several combined activities across Moroccan and Tunisian territories, which have mobilized significant land, air and sea equipment in order to strengthen interoperability between the participants in terms of planning and conducting joint operations,” he said.

So this exercise involves air, ground, and naval maneuvers from the individual to the squad up to the joint task force level that involve thousands of servicemembers, again, from multiple countries.

“Military operations encompass the humanitarian component, disaster relief and the resolution of potential conflicts, among others,” he said, adding that African Lion 2021 seeks to incorporate all of these scenarios into its simulations.

The objectives of this exercise are numerous: to reinforce the maneuver capabilities of the participating units, to perfect tactics, techniques and procedures, develop cyber defense capabilities, train the air component to conduct fighter, support, and air-to-air refueling operations, consolidate maritime security cooperation, and conduct naval tactics and conventional warfare exercises at sea.

It also includes training and simulation of command activities on operations against violent terrorist organizations.

“So I think that this exercise is exactly what it is designed for and ready to compete against that extremist threat that is here across the African continent,” he pointed out.

The 17th combined Moroccan-US exercise to wind up this June 18, 2021 unfolded in the regions of Agadir, Tifnit, Tan-Tan, Mehbes, Tafraout, Ben Guerir and Kenitra.

In addition to the United States and Morocco, the 17th edition of this exercise brought together Great Britain, Brazil, Canada, Tunisia, Senegal, the Netherlands, Italy and the Atlantic Alliance, in addition to military observers from thirty countries representing Africa, Europe and America.

The agreement paves the way for an all-out cooperation in the strategic military field, the procurement of arms and equipment, military training in all sectors, as well as intelligence exchange between the two countries.