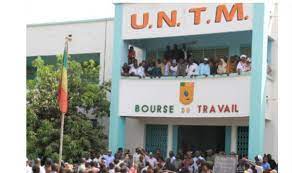 The new Prime Minister of the Malian transition, Choguel Maïga, met Tuesday with members of the National Workers’ Union of Mali (UNTM), the country’s largest trade union, which has been making a series of demands for months.

The case of the compressed workers of the former state enterprises, the harmonization of the index grids for the salaries of civil servants, the bonuses and allowances granted to certain categories… are some of the grievances raised by the union.

Relations with the former government were notoriously bad. The second coup d’état on May 24 took place in the middle of a strike, which the UNTM has since suspended, precisely because of this new putsch, so as not to add to the general chaos.

On the UNTM side, the conclusions are more nuanced. Ousmane Traoré, UNTM secretary in charge of economic issues, explained his fears about the composition of the new government.

“There are other unions in the government. These are the unions most openly opposed to the demands of the UNTM. We think of the Minister of Education and the Minister of Justice who are hostile to some of our demands, they have said so publicly. ”

The UNTM has also been asked to join the new government, but it rejected the request, arguing that it is not the role of a trade union.

Above all, the UNTM is giving the new Prime Minister an ultimatum.

“Our expectation will not exceed the next ten days after the first council of ministers. And then the strike order, it has not been lifted, it has been suspended. So, if in the next ten days there are no strong acts, the UNTM will assume in relation to its claims. ”

Three weeks ago, the UNTM suspended its movement because of the second coup. It was a cross-industry and unlimited strike.

North Africa Post's news desk is composed of journalists and editors, who are constantly working to provide new and accurate stories to NAP readers.
NEWER POSTTunisia: President accuses unnamed parties for plotting his removal & assassination
OLDER POSTICC: Fatou Bensouda hands over to her successor; review of nine years in office