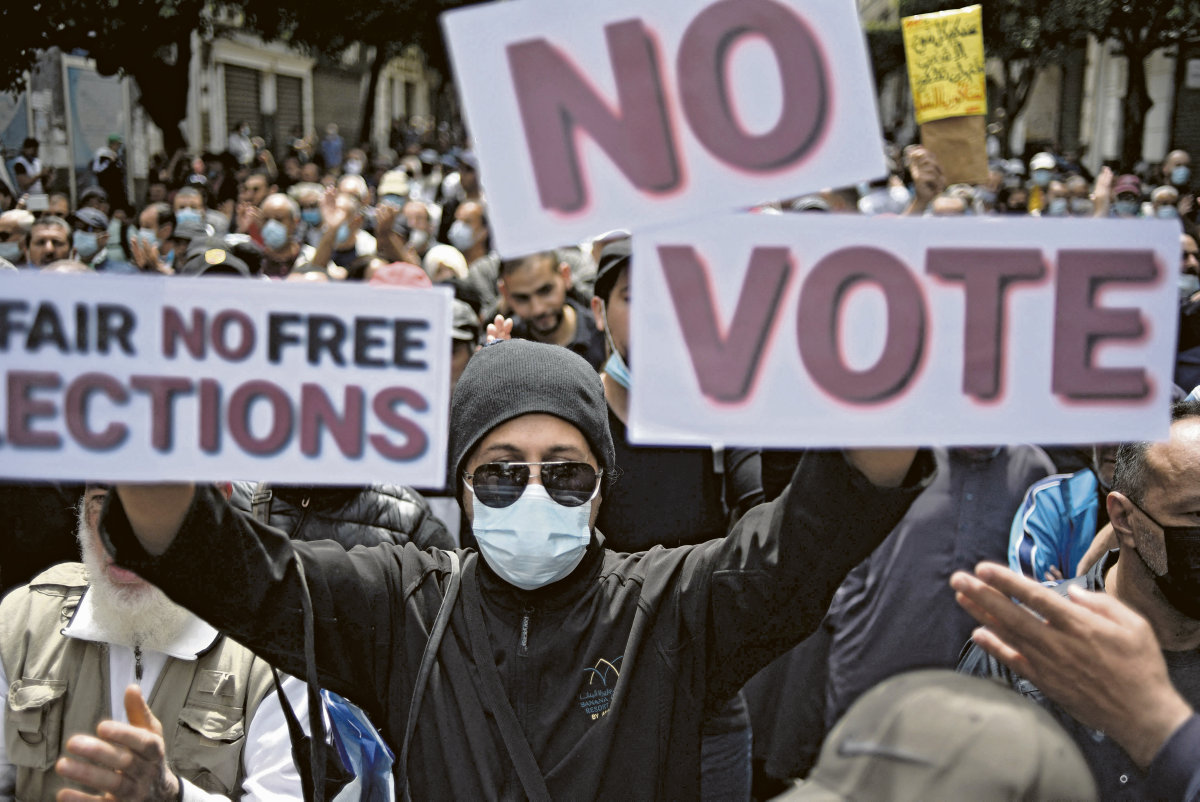 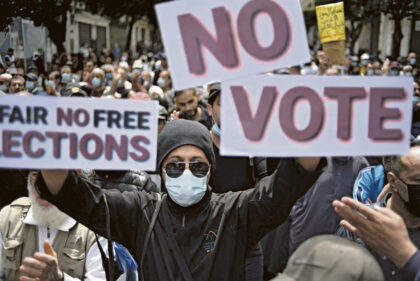 Algeria’s FLN, which has offered the military regime a civilian curtain since independence, has won parliamentary elections which were largely boycotted.

The low turnout crushed the aging regime’s hopes to offer legitimacy through sham elections for their autocratic rule.

The Hirak activists boycotted the vote which they see as putting old wine in new bottles. They demand a clean break with a ruling regime and an inefficient elite that squandered Algeria’s oil and gas wealth.

The vote took place amid a crackdown on Hirak activists and journalists. Many of the activists were thrown in jail.

Mainstream opposition parties, the Socialist Forces Front (FFS) and the Rally for Culture and Democracy (RCD), also backed the boycott, as their stronghold region of Kabylie has been at the forefront of the popular protests.

Voting rates in parts of Kabylie were close to zero in Algeria’s last two elections, and the repeat in Saturday’s parliamentary poll would certainly damage the legitimacy of any local MPs.