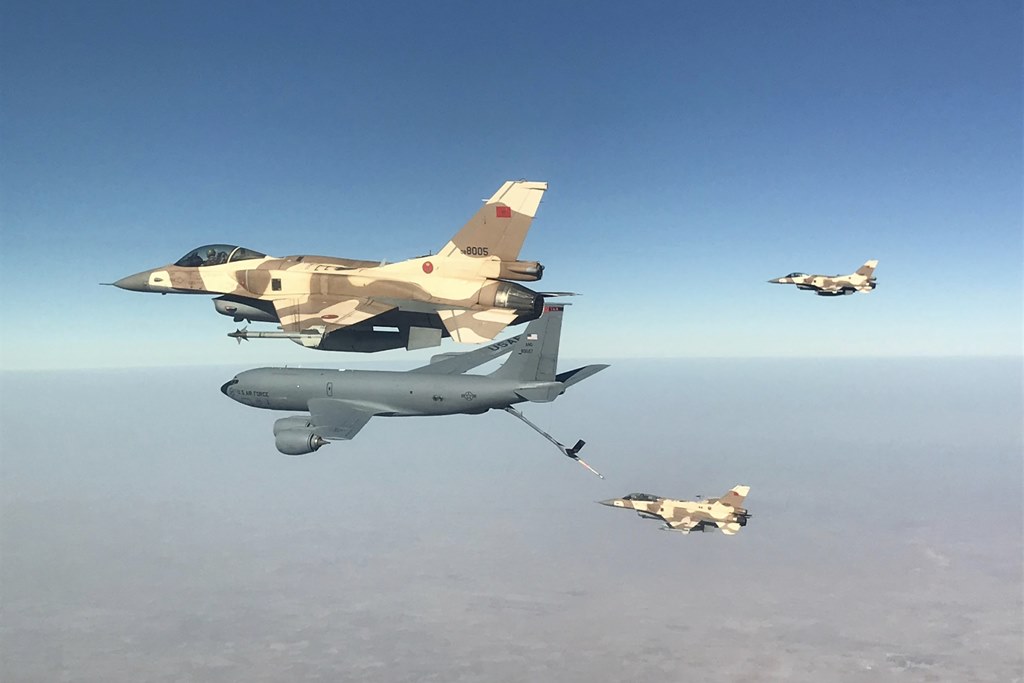 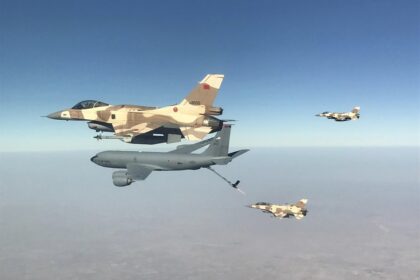 International troops taking part in the African Lion exercise in Mahbes in the Moroccan Sahara as well as the international media attended live rocket firing and paratroop deployment in an area that the Polisario claimed to have targeted in yet a new blatant lie.

About 40 kilometers away from the rear base of the separatist Polisario militias in south western Algeria lies the area of Mahbes in the Moroccan Sahara where the US tested its HIMRAS rocket launchers.

The Polisario has indulged in an imaginary war publishing statements daily claiming to have targeted Moroccan troops in the area of Mahbes which these days is hosting Africa’s largest military games.

Morocco has ended the Polisario blackmail in the border crossing which the Algerian-armed militia has blocked for weeks. The Royal Armed Forces, after multiple international calls urging respect of free flow of commercial traffic fell on deaf Polisario ears, intervened without leaving any casualty and managed to open the road back to transborder traffic and bar the road for the Polisario from ever blocking the same road again.

The Polisario and its sponsor Algeria found it hard to swallow their defeat. They declared a ceasefire violation and declared an imaginary war that is more aimed at a domestic and disenchanted population held against their will in the Tindouf camps.

As Polisario entertains itself in an imaginary war which Algerian media is the only in the world to be interested in, both have been surprised by another painful diplomatic smack from the US which recognized Morocco’s sovereignty over the territory, backed the autonomy plan and promised to open a consulate in Dakhla.

The US move came on the back of a global momentum in support of Morocco’s territorial integrity as 22 countries opened consulates in Dakhla and Laayoune.

With the US being the penholder of all resolutions concerning the Sahara at the UN, the Polisario and Algeria are watching impotently their separatist thesis fading away internationally amid a wave of recognition withdrawal of the imaginary SADR entity in the last decade. Over 88% of all UN member states do not recognize the self-proclaimed Polisario entity and those who do have no weight and are usually failed states like Venezuela.

At the African level, the African Union made it clear that the Sahara issue is none of its business and that its job is to back UN efforts to settle the conflict.

The UN Security Council is therefore in front of a situation in which Morocco maintains its attachment to the ceasefire agreement and to the political process provided that Algeria, the real party to the conflict, be involved to find a solution on the basis of the autonomy initiative.

The Security Council also has to make it clear and put pressure on Algeria to lift its veto on a UN envoy and pull the strings of the Polisario to accept a realistic solution based on compromise which Morocco said can only be through the autonomy initiative.

Meanwhile, the Moroccan Sahara and its cities remain the most secure in the vast Sahel and Sahara region and the Kingdom continues to roll out infrastructure projects part of a €7 billion package as it continues to win the trust of foreign investors.

North Africa Post's news desk is composed of journalists and editors, who are constantly working to provide new and accurate stories to NAP readers.
NEWER POSTAfrican and Arab Parliaments back Morocco in its crisis with Spain
OLDER POSTSeveral MEPs reject controversial resolution on Morocco